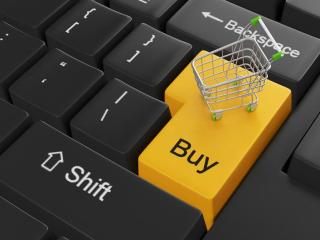 Amazon may be the current online price leader, but it is starting to lose its lead.

The report, “Price Wars: A Study of Online Price Competitiveness,” analyzed the prices of more than 52,000 exactly matched, in-stock products across 13 categories including beauty, toys & games, electronics and pet supplies, at Amazon.com, Walmart.com, Target.com, Jet.com and specialty retailers. Data was collected daily between June and August 2017.

According to the data, Walmart is also making the largest strides to compete with Amazon in the beauty category, with products found to be 1% lower than Amazon on average. In Profitero's 2014 study, beauty products were priced 10% higher than Amazon.

Electronics is one of Walmart’s least competitive categories to Amazon, with products priced 7% higher on average than the online giant.

Specialty retailers, such as Staples, Best Buy and Home Depot, still struggle to compete with Amazon on price. Staples was found to be the most expensive specialist retailer to Amazon (products were 49% higher than Amazon on average), while Chewy.com had the closest pricing (its average prices were just 7% higher than Amazon).

While the study revealed that Amazon remains the online price leader, “it’s clear that Walmart is on the offensive, with prices just 3% more expensive than Amazon – a significant change from our 2014 study when prices were shown to be 9% more expensive than Amazon,” said the report’s author, Profitero senior VP of strategy & insights, Keith Anderson. “While lower prices are good news for shoppers, suppliers and retailers will inevitably feel the pressure as we head into peak holiday season, as this price war is only set to intensify.”
Advertisement