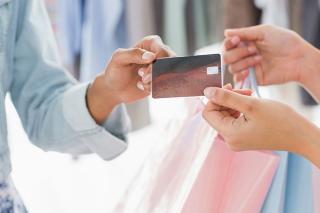 As new real-time payments infrastructure continues to be adopted, payment card usage will eventually fall by the wayside.

Based on the operational and cost benefits of real-time processing and settlement of payments, a majority of retailers (77%) believe that this option will replace the use of payment cards over time, according to “2018 Global Payments Insight Survey: Merchants,” from ACI Worldwide.

This sentiment is echoed globally. Despite their reliance on plastic cards in the marketplace, 77% of companies in the United States agree that real-time payments will eventually replace payment cards. A whopping 100% of merchants in the Netherlands agree, following the country’s success with online banking payment schemes.

Real-time payments are gaining more attention, especially as companies struggle to balance fraud, security and shopping conversion rates. For example, 61% of merchants believe they are at a greater risk of a data security breach than a year ago, while 22% experienced theft of data in the same timeframe. Companies in Europe have been impacted the most at 26%.

Even bigger than fraud losses, and chargebacks for that matter, are those caused by abandoned baskets (59%). The retail and digital goods sectors are most pragmatic about the realities of fraud risk (64%, respectively).

“Real-time payments and security are clearly top of mind for merchants today,” said Mike Braatz, senior VP, ACI Worldwide. “Driven by customers’ shifting preferences in how they purchase and the channels they purchase through, merchants are finding the need to improve the customer experience and operating efficiency to maintain a competitive edge now and in the future.”

The rollout of new real-time payments infrastructure in 2017, notably in the U.S., Australia and the Single Euro Payments Area [SEPA] zone in Europe, “has driven a marked change in attitudes among both merchants and consumers,” said Kieran Hines, head of industries, Ovum. “Where real-time was perhaps seen as a financial plumbing issue, it is now more widely viewed as the key to delivering a series of operational benefits.”
Advertisement