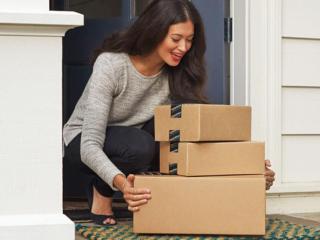 Everyone knows Amazon is widely used, but a new survey reveals how committed Amazon shoppers really are.

According to the 2019 Amazon Consumer Behavior Report from Feedvisor, customer loyalty to Amazon is at an all-time high. Almost nine in 10 (89%) of more than 2,000 surveyed U.S. consumers, and nearly all surveyed current Prime members (96%) are more likely to buy products from Amazon than other e-commerce sites.

Two-thirds of respondents (66%) typically start their search for new products on Amazon, and nearly all (95%) are satisfied with Amazon search results. When consumers are ready to buy a specific product, nearly three-fourths (74%) go to Amazon to do so.

Of the surveyed consumers who make a purchase on Amazon daily or almost every day, a large majority (89%) are Prime members. Also, Prime eligibility is a significant factor for most consumers (67%) when choosing to purchase a product on Amazon, and three-fourths (75%) of surveyed Prime members search specifically for Prime-eligible items on Amazon.

The survey also reveals that Amazon advertising is effective with regular e-commerce users. Nearly three-quarters (73%) of daily or almost daily online shoppers have clicked on an Amazon product ad while browsing the web, and 83% ultimately purchased the product. Three-fifths (60%) of daily shoppers found those ads to be helpful. Moreover, when browsing on Amazon specifically, more than three-fourths (76%) of daily Amazon shoppers have clicked on a product ad.

The survey also uncovered at least one area where consumers feel Amazon has room for improvement. Of the consumers who shop on Amazon daily, all of them (100%) at least occasionally go to Amazon in search of products from specific brands. However, less than half of these consumers (41%) strongly agree that they are satisfied with the number of brands they know on Amazon.

In addition, respondents provided some data on their future plans regarding Amazon:

• Nearly two-thirds (63%) of shoppers who purchase on Amazon daily are likely to get a voice-assistant device (VAD) in the future.

• 70% of respondents who make a purchase on Amazon daily or almost daily are very likely to visit an Amazon Go store in the future.
Advertisement