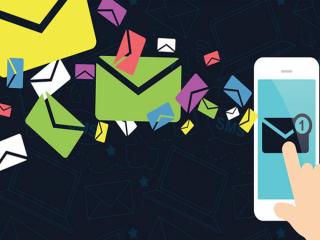 For all the buzz about interactive digital marketing options, the track record of email keep it at the top of marketers’ holiday wish lists.

This was according to the “2017 Christmas in July Survey,” a study from j2 Global. The study tapped 564 members of its customer base and 100 retailers.

Shoppers may be using more digital tools to engage with their favorite brands, however their effectiveness all take a backseat to the success rates of email marketing. In fact, 66% of respondents ranked email as more effective than other forms of advertising, including social media, online advertising, and print advertising.

Of course, as the holiday shopping season heats up, it becomes increasingly difficult to cut through noisy email inboxes. That’s why email marketers are preparing for the holiday season sooner.

However, simply blasting out email campaigns is not a method for success. With 40% of retailers listing personalization as the most effective way to boost email marketing efforts, it’s critical to personalize emails with a greeting and deliver concise messages that are simple to read and easy to grasp.

“The results from our 2017 Christmas in July Survey indicate that while retailers are increasingly using social media channels, email still proves the dominant means for reaching consumers with holiday marketing campaigns,” said EJ McGowan, general manager of Campaigner. “When it comes to the coveted element of personalization, email is the sole medium that allows this unparalleled ability for retailers to engage consumers.”

When it comes to leveraging social media for holiday marketing campaigns, advertising behemoth Facebook takes the cake. With 72% of retailers ranking it as the most effective social media platform, and 88% planning to invest marketing spend into the social media giant, Facebook proves it’s the place to be for brands that want to get the most bang for their social buck during the holidays. Instagram and Twitter follow closely behind with projected investment rates of 46% and 37%, respectively, for the 2017 holiday season.

Although Facebook may be shining bright, the outlook for alternate social channels is not quite as merry. While still a nascent player in the social media arena, only 3% of respondents plan to invest in Snapchat this holiday season. Additionally, image-heavy Pinterest saw investment projections of 16%.

When it comes to marketing campaigns, identifying and aligning the holidays with seasonal marketing strategies and e-commerce promotions is another big revenue driver. In fact, 62% of retailers found early preparation of marketing content and promotions as the most helpful resource for the holiday season — 38% more than those that chose having a mobile responsive website. Additionally, 59% of retailers plan to prioritize promotions and discounts this holiday season.

“It’s crucial for businesses to give themselves ample time to prepare for the holiday season,” said Seamas Egan, associate director of revenue operations at Campaigner. “Acting on these insights within a lengthy timeline will ensure that holiday campaigns are successful from the perspective of both retailer and recipient.”