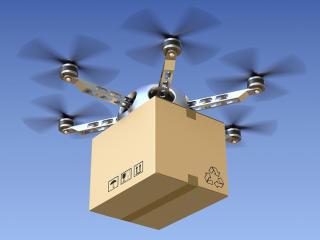 Wing Aviation, a subsidiary of Google, has reportedly reached a milestone in making drone-based deliveries.

According to Bloomberg, Wing is the first drone operator to receive certification as a small airline from the Federal Aviation Administration (FAA). This will allow Wing to charge money to perform actual drone-based deliveries to consumers, rather than simply conduct pilot tests.

Before Wing can actually start performing deliveries with drones, it must first provide the same type of training manuals, training and safety guidelines that a small airline does. Reportedly Wing has received initial approval to conduct drone-based deliveries to consumers in Montgomery County, Virginia, and plans to begin deliveries in the next several months.
Advertisement