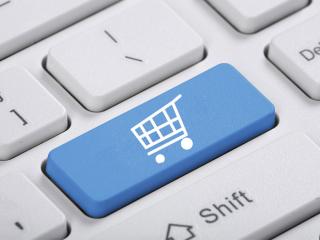 Amazon wasn’t the only retailer that saw big gains on Prime Day.

Large retailers (defined as those with $1 billion-plus in annual revenue) experienced a 72% increase in online sales the second day of Prime Day compared to an average Tuesday and a 64% increase on the first day, according to Adobe Insights. The retailers saw a 68% lift in revenue across the two days.

Small niche companies (less than $5 million in annual revenue) also got a boost, Adobe reported, with a 30% increase on the first day and a 25% rise on the second day.

Findings from Jumpshot reveal that more retailers than ever before saw success in harnessing the increased shopper interest on Prime Day. Day. Compared to the average summer Tuesday, Amazon saw 81% more transactions. And among 25 other retailers, transactions were up an average of 32%

Amazon.com transactions were 20.6% higher for the two-day Amazon Prime Day period than last year, according to Jumpshot. Last year only two retailers saw a lift over their average Tuesday baseline that was higher than Amazon's. This year, seven retailers did: Gap, Kohl’s, Nike, Best Buy, Newegg.com, Sam’s Club and Target.

In other highlights from Jumpshot:

• Nike was the biggest beneficiary of the “Black Friday in July" craze as its online transactions grew two and a half times year-over-year.

• Department store sites (e.g. Nordstrom and Macy's) didn't fare as well this year as their online transactions were down double digits (-74% for Nordstrom and -31% for Macy's) year-over-year for the two-day period.

• The most-purchased products on Amazon during Prime Day were all Amazon products. Interestingly, they sold at higher volumes on Monday this year — suggesting that non-Amazon brands fare better on the second day of the Prime event.

• Indeed, those top five products accounted for about 10% of all transactions on Monday, 7/15, but only 7% on Tuesday, 7/16. And Amazon volumes were higher on Tuesday, suggesting non-Amazon brands were indeed the drivers of the increases.
Advertisement