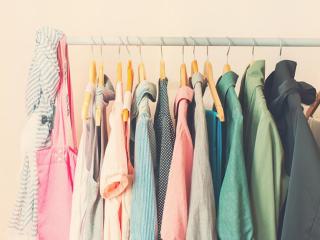 Amazon’s newest win could expand its foothold in the private-label apparel category.

The online giant won a patent on Tuesday, April 18, for an on-demand apparel manufacturing system. The solution includes a textile printer, textile cutter, and a computing device that will work in concert to design apparel once customers place an order.

The solution generates and provides instructions to a textile assembly production line, including aggregating orders for products, organizing orders according to a productivity factor, arranging item panels into an aggregated textile panel template, and directing these panels to various sewing stations, the patent explained.

“Once various textile products are printed, cut, and assembled according to the orders, they can be processed through a quality check, photographed for placement in an electronic commerce system, shipped to customers, and/or stored in a materials handling facility for order fulfillment,” the patent said. “By aggregating orders from various geographic locations and coordinating apparel assembly processes on a large scale, the embodiments provide new ways to increase efficiency in apparel manufacturing.”

While there are no details on whether Amazon will open an on-demand textile factory, the patent could support the retailer’s ongoing expansion into apparel.

During 2016, Amazon quietly debuted at least eight of its own clothing brands including a women’s label, a kids clothing line, and a men’s buttoned-down shirt brand. In December, the company also posted several online job listings for positions that suggest it could be developing a line of workout apparel.

The patent, which was originally filed in December 2015, also supports a variety of categories beyond apparel, including accessories and footwear, according to the filing.