The nation’s largest supermarket retailer is making a move that will expand the reach of its two-hour delivery service by 50%.

Through its partnership with Instacart, Kroger Co. is expanding its same-day delivery program to 75 additional Kroger Family of Stores markets throughout the United States by late October. The expansion will grow Kroger and Instacart’s nationwide footprint by 50%, making the delivery service available through more than 1,600 stores.

“We are redefining the customer experience through Restock Kroger by rapidly accelerating our customer coverage area for seamless shopping, giving our shoppers the choice of stores, delivery, curbside pickup or ship to your door,” said Matt Thompson, Kroger’s digital VP of ClickList. “We value our Instacart partnership, and the expansion is just one more way Kroger is offering millions of our customers across America the fresh food and groceries they want, when they want them.”

Kroger launched its partnership with Instacart in November, through a pilot in its Ralphs Grocery Company division. Customers across select locations in Southern California, placed orders online, and Instacart’s team of “personal shoppers” picked and delivered groceries from local supermarkets. In March, Kroger expanded the relationship to offer the service in more cities.

The grocer continues to gain ground in the online grocery delivery battle. Earlier this month for example, the company launched Kroger Ship, a service that delivers goods through third-party carriers. The service initially launched in Cincinnati, Houston, Louisville, and Nashville, and new markets were added earlier this week. More cities will be eligible for the service over the next few months.

In August, Kroger also formally launched a self-driving grocery delivery pilot at a Fry’s Food location in Scottsdale, Arizona. The launch comes several weeks after the grocer announced its partnership with tech startup Nuro, the maker of a fully unmanned vehicle.

To better focus on these initiatives, the grocer also established a separate headquarters for its digital team in downtown Cincinnati. It will house approximately 600 existing Kroger digital associates at first, who are being relocated from another facility. The retailer said it expects to grow its digital team to more than 1,000 over the next three years. 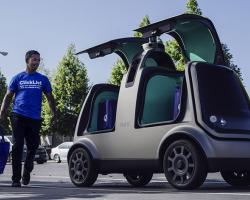 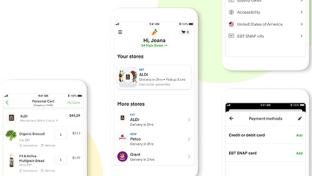 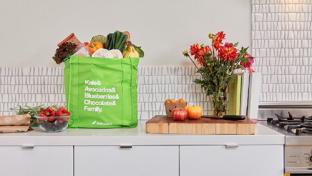 OPERATIONS / SUPPLY CHAIN
Instacart to lay off more than 1,800 as part of curbside changes 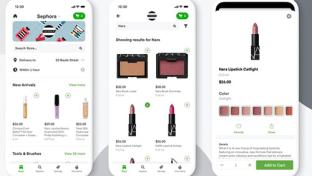