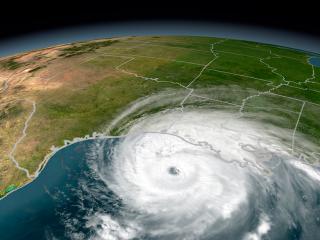 Hurricanes Harvey and Irma had a similar impact on retail sales and the toll was significant on online spending as well as spending in physical stores.

First Data found that Retail spending plummeted 58.7% week-over-week (43.7% year-over-year) in Houston and its surrounding areas at the peak of the hurricane, according to First Data, released two reports analyzing the magnitude of the impact that Hurricane Harvey and Hurricane Irma had on consumer spending. Across the state of Florida, spending dropped 55.7% week-over-week (or 39.1% year-over-year) at the apex of Hurricane Irma.

“Our data shows that consumer spending in both impacted regions followed a similar trajectory," said Rishi Chhabra, VP, information & analytics, First Data. "Spending increased the week before the hurricanes, with people stocking up on key items like gasoline and groceries, and dropped significantly during the storm. After the worst of the hurricanes, consumer spending rebounded as people began to rebuild.”

Both brick-and-mortar stores as well as e-commerce saw a significant drop in sales, First Data found. In Houston during the week of Hurricane Harvey, online spending dropped 41.4%. By comparison, total U.S. e-commerce business was down only 4.3% during the same week. Post-storm, Houston e-commerce sales continued to drag while national e-commerce sales rebounded.

The same was true for Hurricane Irma. In Miami, online activity started dropping the week before Irma, declining significantly by 39.3% during the week of the hurricane (U.S. online spending was up 3.9%). After the hurricane, Miami e-commerce sales increased 0.6%, dragging behind national spending which was up 12.9%.