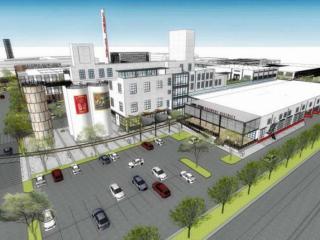 The retailer, a division of Abercrombie & Fitch Co., is reintroducing its Gilly Hicks line of intimates, loungewear and swimwear. Gilly product can now be purchased in all of Hollister’s U.S. stores and globally online. Hollister plans to open Gilly in-store shops in selection locations “that will provide the customer a unique Gilly Hicks brand experience.”

Abercrombie closed down its 28 freestanding Gilly Hicks stores in early 2014, but continued to feature the brand in Hollister stores and online for a time.

"We recognized an opportunity to redefine the Gilly Hicks brand and we know our Hollister customer will enjoy another destination for fun and cozy bras, undies and sleepwear," said Kristin Scott, brand president of Hollister Co.

The relaunch comes as American Eagle Outfitter’s intimates brand, Aerie, is enjoying widespread popularity, partially due to an advertising campaign that showcased natural-looking young models and also due to young women’s penchant for bralettes, a more casual and relaxed bra style. Early images from Gilly’s new campaign seem to pick up on both elements.
Advertisement