eBay looks to ‘crash’ Prime Day in dig at Amazon

eBay looks to ‘crash’ Prime Day in dig at Amazon

eBay wants in on the action and is having some fun in the process.

eBay doesn’t want to let consumers forget that Amazon’s site had a temporary outage on Prime Day last year. The online marketplace site announced it is launching a “crash sale” on July 15 (the Amazon event runs July 15 and July 16).

"If history repeats itself and Amazon crashes that day, eBay's wave of can't-miss deals on some of the season's top items will excite customers around the world," eBay said in an announcement.

The eBay event, which requires no membership unlike Prime Day, will actually run over a three-week period starting on July 1. On July 15, the official "Crash Day," eBay said it will feature promotions on consumer electronics brands such as Apple, Samsung and KitchenAid. It also has additional deals planned "if Amazon crashes that day."

"eBay is primed to deliver exactly what shoppers want during this year's crash (sale)," said Jay Hanson, VP and COO, Americas. "July has become a massive shopping season, and our summer sales include blockbuster deals that will not disappoint." 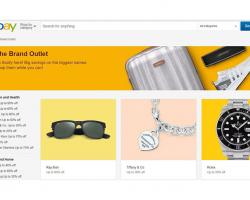