A combination of the right merchandise, proficient stylists, data science and a dedicated social mission is paying off for Kidbox — and helping the start-up rapidly scale its business.

Founded in 2015, New York City-based Kidbox is a clothing-in-box company for boys and girls, from infants to size 14. The brand is making a name for itself by using proprietary analytics to personalize boxes for each individual customer.

To ensure its stylists find just the right mix, Kidbox customers fill out an online “style profile,” including their child’s age, sizes and clothing preferences, from color and style to aversions. Results are fed into the company’s algorithm, which matches answers to merchandise available across Kidbox’s portfolio of 100 brands, which include Adidas, Puma, 7 for all Mankind, Diesel, DKNY, Splendid, Jessica Simpson and others.

Kidbox curates boxes seasonally for spring, summer, back-to-school, fall holiday, and winter, each one running $98. Customers have seven days to try merchandise before they buy it, and return shipping for unwanted items is free. Customers that do return merchandise are charged with “a la carte” pricing, “which is slightly higher than if they keep the entire box,” Berardelli explained.

While the company is often described as a subscription service, Berardelli is quick to disagree.

“We remove all the barriers of a subscription service by allowing our customers to opt in and out season to season,” she said. “We also don’t charge any ‘styling fees’ or other add-ons that other companies charge.”

Kidbox’s strategy has resonated with consumers. The brand had more than 500,000 Facebook followers before it was even a year old and lacked any formal advertising. Instead, early adopters stemmed from both organic and paid advertising on social media.

“We have a strong following among moms between 24 and 45 years old,” Berardelli said. “She often hangs out on social media, especially Facebook, and likes to share experiences with her community. When our initial customers got their first boxes, they shared those experiences on social media, and that was a huge part of our growth the first year.”

Since shipping its first box of clothing during the 2016 back-to-school season, Kidbox has developed a community of 1.2 million customers. In 2017, 71% of all items shipped out were kept by customers.

In addition to the clothing, customers are also attracted to the company’s social mission, which is to clothe one million children in need. For every full Kidbox purchased, the company donates a new, tagged item from its previous season’s inventory to a child in need.

To keep its customers engaged in its mission, Kidbox enables shoppers to choose which group gets their donation. The company features a list of causes, one that changes based on community needs, and or new disaster relief efforts. The non-profit organization Delivering Good distributes the clothes. To date, the company has donated $3.9 million in clothing.

“Donating new or gently used clothing has an amazing positive effect on children’s dignity and sense of pride,” Berardelli explained. “This is an opportunity for parents to start a conversation about social responsibility with their kids, and raise a new, mindful generation.”

Kidbox’s business model is also grabbing the attention of investors. In April, the company secured $15.3 million in Series B funding led by Canvas Ventures, investors behind several female-founded and led companies including Arianna Huffington's Thrive Global and wedding registry site Zola. There was also participation from existing investors Firstime Ventures and HDS Capital. With this infusion of capital, Kidbox has raised $28 million to date.

Berardelli is wasting no time putting the capital to good use. For example, the company is introducing a private label line. Armed with volumes of customer preferences and children’s style personalities, “we saw a way to fill voids in our assortment that customers were asking for,” Berardelli noted. “In addition to complementing our assortment, we are building a brand that is exclusive and can’t be found anywhere else.”

At least one private label piece will be added to each seasonal box, starting with the back-to-school offering this fall, she revealed.

In other new developments, the company is testing new box options. The first is called “Kidsentials,” a box that includes whimsical socks and underwear. It will be available all year long, and is being introduced to customers who order a summer box.

The company is also launching limited edition boxes, some with the potential to transition into a longer-term product. The first will be its “Summer Splash” box in June, a package filled with accessories for the pool or beach, from swimsuits to goggles, sunglasses and beach toys.

Other limited edition boxes planned for the year include holiday dresses, a uniform box, and another featuring cozy winter accessories.

“These will be peppered throughout the seasons to add excitement and address customer demand,” Berardelli said. “We will be listening very closely to customer feedback to learn what they want and when.”

The company’s newest infusion of funding will also bolster Kidbox’s technology endeavors, such as improving its data science efforts. For example, Berardelli is interested in exploring customer sentiment analytics.

“We have a roadmap of the technology that we would like to add to evolve the company, and social sentiment is on that list,” she said. “We have taken a general approach to data science. However, a lot of our business has to do with customer sentiment, what our community is saying on social media, and what customers want from us. The better we can apply artificial intelligence and leverage data, the better decisions we can make.” 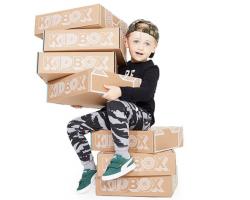 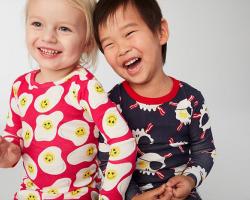 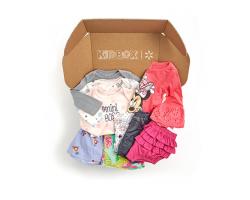 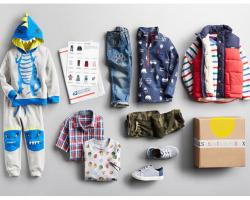