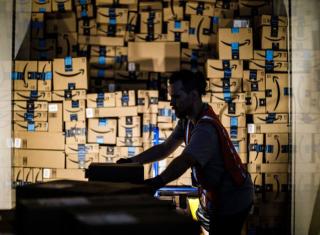 Amazon's aggressive acquisition strategy will continue through the next few years at least — and its next target could very well be Kohl’s Corp.

That’s according to Edge by Ascential, which has released its 11 top predictions for Amazon’s next moves in 2019 and beyond.

“The apparel category seems like a logical next move and we need to look no further than Kohl's for a likely suspect,” Edge stated in its “11 Edge Predictions for Amazon in 2019” study. “In 2018, Kohl's partnered with Amazon to begin accepting returns and to open Amazon smart-home boutiques, so a takeover bid would not come as much of a surprise.”

Outside of the U.S., Amazon will be targeting the grocery category, likely with an acquisition reminiscent of Whole Foods Market, Edge predicted. One possible contender: Rappi, an on-demand grocery delivery startup in Latin America with ambitions to become an 'everything store.

“Acquisitions outside of traditional retail are likely as well,” Edge stated. “Amazon has continuously strived to outdo itself in fulfillment capabilities, so as USPS, UPS and FedEx costs continue to rise, look for Amazon to acquire a logistics player. Days ago, investment firm DA Davidson suggested that gas stations would be a smart investment, and though we doubt this is currently in Amazon's plans, an acquisition in this space could be a boon to the retailer's distribution network.”

Within the next two to three years, Edge's e-commerce experts expect to see major category expansions by Amazon in grocery (driven by the addition of more Whole Foods and Amazon Go stores) and health (driven by the acquisition of PillPack and the formation of a health care company in partnership with Berkshire Hathaway and JPMorgan Chase & Co).

Edge noted that Amazon has no intention of giving up on fresh food. It just needs to change their strategy.

“We predict that Amazon is finally going to discontinue the sub-par Pantry service, or at least merge it into another program like Prime Now or Fresh, and go all in on brick and mortar grocery sales,” the report stated. “Consumers still value their ability to see, touch and smell before buying, so why not give them what they want?”

Looking further ahead, within five years, Edge by Ascential predicts the monetization of Amazon's proprietary technologies and infrastructure including Go, Alexa and its distribution network.

"Once Amazon's last mile capabilities are fully established, they will not shy away from competing for business with legacy distribution players," said Chris Perry, VP of global executive education at Edge by Ascential. "Similar to how the AWS infrastructure was originally built to support Amazon's digital ecosystem and later monetized as a cloud computing platform, Amazon's physical infrastructure, built to support its supply chain and fulfillment, will eventually be sold to brands and retailers as a logistics solution."

Here are some highlights from the report:

• In the US, look for Amazon to go after more physical presence. The retailer will target gaps in its current coverage, such as regions and shopper segments untapped by Whole Foods Market. Amazon has already announced the building of new Whole Foods stores, but they will also want to appeal to demographics which are less likely to shop at that particular chain.

• There are nine Amazon Go stores so far and, in their short lifespan, these stores have generated 50% more revenue than the average convenience store of the same size. Taking the convenience store model and pumping in even more convenience has clearly paid off, but that's not the only advantage of Amazon's impressive 'just walk out' technology.

The real competitive advantage of these stores is their ability to collect unprecedented amounts of data about shopping behavior. From how long it takes you to decide what to buy, to which products caught your eye as you passed them, to what path you take through the store, Go data could revolutionize store design, according to Edge.

• Amazon will soon integrate the PillPack pharmacy services with the main marketplace. When that happens, this new flow of medically-motivated consumers will pose an opportunity for Amazon to upsell other health care items, including its private label OTC medications but also medical equipment, supplements, and nutrition and wellness products.
Read Edge by Ascential's full 2019 predictions here: 11 Edge Predictions for Amazon in 2019.
Advertisement