Private label has become big business for Amazon in 2017 — and momentum continues to grow.

The online giant used 2017 to refine its private-label strategy — a move that helped the company launch over 30 new brand names across highly competitive categories. As a whole, these private-label brands generated roughly $450 million in sales in this year, according to “Amazon Private Brands: Year-End Review,” a study from One Click Retail.

Momentum is being driven by the company’s AmazonBasics brand, a line primarily known for affordable home tech accessories, including computer cables, batteries and home office supplies. However, this line has expanded to include an assortment of products from linens and luggage to pet supplies and water filters. Overall, AmazonBasics makes up about 85% of Amazon’s total private-label sales, and accounts for over $400 million in sales.

The online giant’s fastest-growing private-label line is the Amazon Elements brand, which primarily sells baby wipes. The wipes are so successful that sales nearly doubled 2016 estimated sales, with a growth of 94% year-over-year (YoY). The estimated $15 million sold in 2017 across baby wipes alone makes up the vast majority of the Amazon Elements products, supplemented by just over $1 million in estimated sales of Vitamins and Supplements.

A great deal of private brand growth can be traced back to Amazon’s acquisition of Whole Foods. In late August, Amazon’s release of Whole Foods’ 365 Everyday Value brand on the platform has had a major impact. It has consistently sold as the No. 2 private brand – behind only AmazonBasics – and currently ranks as the fourth top-selling private brand year-to-date (YTD), despite being available for just over three months. The line has an estimated $10 million in sales since its launch and an average weekly growth of 9%, according to One Click.

“2017 was Amazon’s most successful year yet, both as a platform and as a manufacturer, this should be an eye-opener for competitors,” Spencer Millerberg, One Click CEO, said in the report. “The basics are key, such as keeping Amazon Standard Identification Numbers (ASINs), a 10-character alphanumeric product identifier assigned by Amazon, on site longer is critical. For example, the top-selling printer is now three years old.”

And at a time when over 50% of product-related searches begin on Amazon, search promotion is no longer optional. “Over 90% of purchases begin with search, so optimizing your pages for organic search (eComm SEO) is critical,” he said. “Amazon is an amazing platform – and more than ever we must think of Amazon as both a partner and a competitor.” 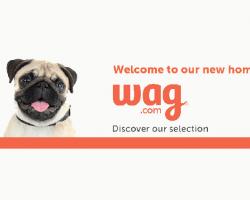 TECHNOLOGY
Study: Amazon’s private brands not all that popular 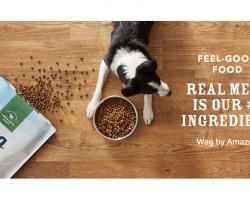 TECHNOLOGY
Amazon now has its very own dog food 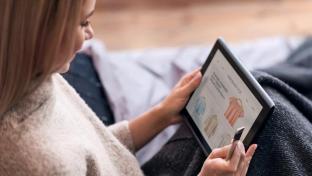