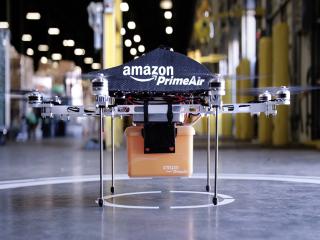 Amazon’s Prime Air drone delivery service made its first delivery in the United States last week at the company’s invite-only conference, MARS, The Verge reported recently. The autonomous drone delivered sunscreen, landing on a target in the middle of the field, which The Verge captured in the video embedded above.

Though this was Amazon Prime Air’s first U.S. delivery, the company made its first U.K. delivery by drone in December near Cambridge, England.