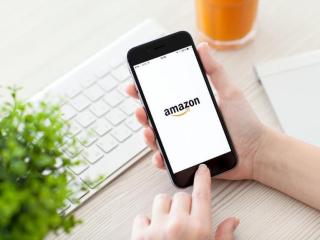 Amazon may still be the online price leader, however it is losing its lead in certain categories.

This was according to “Price Wars: A Study of Online Competitiveness,” a study from Profitero that revealed Amazon is averaging 13% less expensive than other major online retailers in the United States.

Overall, Amazon had the lowest prices on the broadest selection of popular items, winning 11 out of 15 categories studied. Walmart had the most competitive prices to Amazon’s, with prices averaging 2.3% higher. Jet had prices 4.2% higher than Amazon, while Target averaged 11.9% higher.

However, there were a few exceptions where Amazon wasn’t the lowest priced in market. For instance, Chewy.com was 2.3% cheaper in pet supplies and Jet.com had lower prices than Amazon in beauty (.4%) and music & CDs (2.6%).

While Walmart had the most competitive prices to Amazon’s among any other retailer, the discount giant is making the largest strides to keep up with Amazon in the home furniture and baby categories. In fact, these prices are -0.7% and -0.3% lower, respectively.

In February 2018, Walmart, along with Jet and Target were locked in a fierce price competition with Amazon within online grocery. Since then, Jet.com has separated from the pack, lowering grocery prices by 5%.

Amazon’s price advantage was most notable compared to specialty stores. On average, Amazon was 13.3% cheaper on appliances and 15.2% cheaper on electronics versus Best Buy; 18.4% cheaper on sporting goods versus Dick’s Sporting Goods; and 24.9% cheaper on furniture compared to Wayfair. This dramatic price gap could have a major impact on these retailers’ holiday shopping sales if trends continue into November and December.

“Based on our latest data, it’s clear that Amazon is the best-priced retailer across the broadest selection of products,” Keith Anderson, Profitero’s senior VP of product strategy and insights. “That said, for those willing to spend the time, deals can still be found in price-competitive categories like baby, pet, and beauty products.”
Advertisement