Walmart ramps up renewable energy use

Walmart ramps up renewable energy use

Walmart is moving closer to its 2025 goal of being supplied globally with 50% renewable energy.

As a result of several new solar and wind projects, Walmart plans to more than double the amount of renewable energy it uses in the U.S. and increase the percentage of global electricity needs supplied by renewable sources above the current 28%.

The new initiatives include expansion of on-site solar energy installments. Walmart, already the leading company in the U.S. for number of locations utilizing on-site solar energy, plans to add an additional 130 sites which will bring its total to approximately 500 locations across 22 U.S. states and Puerto Rico, surpassing its 2014 goal to double its onsite solar use by 2020.

The discounter recently reached an agreement to acquire renewable energy that will enable the building of two new large-scale wind farms developed by Geronimo Energy and Engie. The 1.26 billion kWh produced annually from this arrangement will be used to power Walmart stores, Sam’s Clubs and distribution centers across seven Midwestern states.

The new wind energy deals come only weeks after the retailer announced that most of the renewable energy certificates (RECs) generated from a new solar farm in Alabama will supply 150 million kWh each year to the retailer, covering 40% of the company’s electricity needs in the Alabama Power service area.

Additionally, earlier this month Walmart announced that it had successfully collaborated with Google and Georgia Power on an initiative that will result in the retailer obtaining 182 million kWh of additional renewable energy annually. Once the new Georgia Power arrangement is operational, approximately 34% of Walmart’s power demand for its retail locations served by Georgia Power will come from the renewable sources in the program.

All together, these new solar and wind projects will provide over 1.6 billion kWh of renewable energy annually to Walmart, doubling the company’s renewable energy use in the U.S. and moving it closer towards its 2025 goal.

In related news, Walmart plans to more than double its EV charging station sites by adding several hundred charging stalls across its operations in 34 states. This expansion will bring Walmart’s total number of charging units to well over 1,000 when complete, creating a national grid of electric vehicle charging availability at hundreds of Walmart stores and Sam’s Club locations. 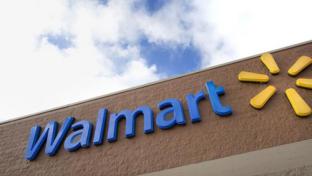 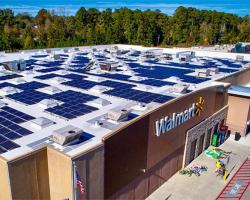 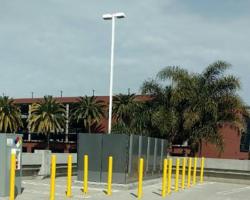 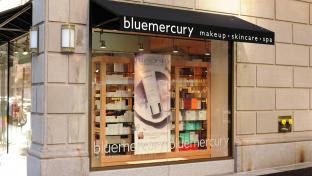