One dirty bathroom is all it takes to keep shoppers from returning to a store.

A new report from ServiceChannel reveals that the “basics” count when it comes to keeping consumers shopping in physical stores. Only 20% of shoppers said they have actually ever left a store because it lacked a specific technology, but 64% have left a store because of its physical appearance or disorganization, according to the study. Just as revealing, 67% of shoppers said retailers are too focused on making stores overly tech-forward and not focused enough on the basic customer experience.

The study, "The State of Brick and Mortar Retail Report," found that retailers who have not proactively invested in their physical presence leave themselves prone to disappointing in-store experiences and bad business consequences. The report focused on what causes customers to not return to a retail location, and specifies the root causes for the 70% of shoppers who have endured a negative experience in the last six months.

A single negative experience such as a dirty bathroom, a broken shelf or a parking lot issue will endanger brand loyalty and repeat purchases, according to the study. Forty percent of shoppers said they will spend less money and time in a store if they've had such a negative experience, and 43% said they are more likely to shop at a competitor after a similar negative in-store experience. The report further found that consumers expect good brands to "handle the basics" well, and will spend more money when retailers deliver.

Additional key findings from the report include:

• Messy stores contribute heavily to negative experiences. Issues such as dirty bathrooms, messy floors, cluttered shelves, and or even poor parking lots have an outsized effect, especially with female shoppers, a powerful cohort in retail.

• Stores should be shoppable before experiential. Basic amenities and the ability to touch, try-on and take home purchases immediately leads to repeat visits. Yet two out of five shoppers encountered empty shelves or struggled with disorganized inventory. And only 19% of consumers seek out retail stores primarily because "non-basic" experiences and perks like food or entertainment.

• Retailers need to handle the basics before exposing consumers to too much "bleeding edge" technology. Four out of five shoppers would rather have a clean store than one that prioritizes tech, and two-thirds of shoppers think retailers are too focused on experimental tech vs. in-store basics. The most important tech for shoppers today are relatively simple capabilities like Wifi and mobile app integration.

“Great retailers today understand that you need a great product, a great brand, and a great in-store experience. It’s and, not or,” said Tom Buiocchi, CEO of ServiceChannel. “Just think of the brands you visit over and over again - they get it - and growing retailers today understand that there are billions of dollars at stake and how valuable their physical locations and experiences are.” 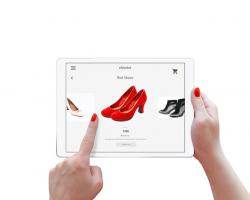 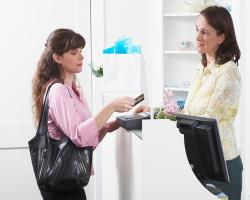 How Retailers Can Have ‘Many Happy Returns’ 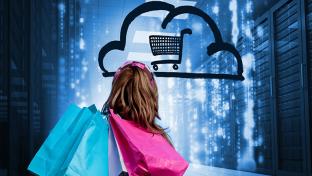 Transformation: Physical Meets Digital at the Cutting Edge of Tech