Sprouts Farmers Market beat the Street in its fourth quarter and said it would invest one-third of its tax savings in wages and bonuses.

The organic grocer opened 32 stores in 2017, giving it a total of 285 stores in 15 states at year-end. It plans to open about 30 locations in 2018, including its first-ever stores in South Carolina, Maryland, Pennsylvania, and Washington State. Sprouts has 52 approved sites and 44 signed leases in its pipeline for the upcoming years, according to the Phoenix Business Journal.

Sprouts reported $39.7 million in net income for the quarter ended Dec. 31, 2017, during which it recorded an $18.7 income tax benefit related to the recent tax cut. Excluding the benefit, net income was $21 million, up 24% from last year, with earnings per share of 16 cents, just beating estimates. Sprouts said it will invest $10 million, about one-third of the tax savings, in employee wages and benefits.

Net sales in the quarter rose 16% to $1.1 billion. Same-store sales rose 4.6%, which was better than expected.

“Sprouts’ position of strength continues to grow, demonstrated by 4.6% comparable store sales growth for the fourth quarter of 2017 and exceptional EPS growth of 22% for the year,” said Maredia. “This is an exciting time for Sprouts, as we continue to capitalize on our differentiations of health and value while expanding on our opportunities in product innovation, in-store and digital customer experiences, team member development and technology initiatives to drive operational efficiencies.” 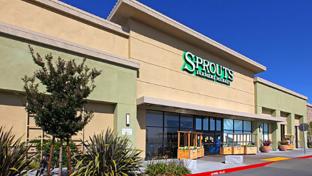 News
Sprouts Farmers Market on the hunt for new CEO 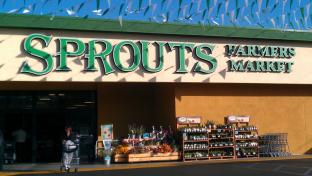 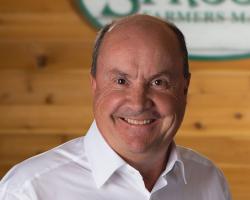 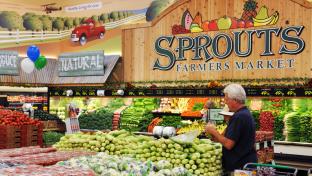