Discount stores are thriving. From rural communities to some of the most exclusive urban locations in the country, concepts targeting budget-conscious shoppers are capturing a growing share of sales. Price is understandably a key factor in the success of the format. But discounters have also found a way to tap into their customers’ motivations, offer products that fit their lifestyles, and introduce bargain hunting into new corners of the retail real estate environment.

Brands including TJ Maxx, Nordstrom Rack, and Dollar General are among the retailers that have built followings on their ability to provide consumers with value and convenience. Other discounters are showing up in locations you might not expect. For example, Philadelphia-based discounter Five Below recently announced plans for a store on New York City’s Fifth Avenue. Five Below stores carry a variety of merchandise, with all items costing $5 or less. The future store is a departure from the luxury brands along the iconic street – giving the discounter exposure at a high-traffic destination with the ability to potentially introduce the brand to new customers.

More typically, however, discounters are making their presence known in suburban locations, inside malls, and in other locations such as rural areas that may be underserved by other stores.

One retailer that is using both pricing and geographical advantages is Dollar General. The chain made a calculated decision to build stores in rural areas where many consumers lack access to shopping alternatives. Stores stock many items in smaller packages and quantities for prices under $10. Hundreds of the stores are about the size of a basketball court, and are targeted to communities with fewer than 1,000 homes, the company’s CEO, Todd Vasos, told The Wall Street Journal.

Diverse formats
Larger retailers also are looking at new ways to appeal to budget-conscious shoppers. Macy’s is betting that its off-price concept called Macy’s Backstage will attract customers through a combination of convenience and affordability. Backstage locations have set up shop in space within existing Macy’s locations, operating as stores-within-stores with merchandise that’s 20% to 80% off traditional department store prices.

The discount trend extends far beyond apparel or housewares. While general-merchandise stores like Dollar General stock a variety of items including cleaning products, canned goods, and frozen foods, discount grocery chains are also capturing a greater share of supermarket dollars. For instance, the German discount grocery brand Aldi is in the midst of a multiyear expansion into the U.S. market which could bring 2,500 stores by 2022. The stores are small-format locations that focus largely on private label brands.

A Nielsen analysis of supermarket industry value projected growth for discount supermarkets between 2015 and 2020 at nearly twice the rate of mainstream food stores. The stores are generally smaller than typical supermarkets, and they’re expanding quickly. Nationwide, discount grocery retail store counts grew nearly 18% between 2011 and 2016.

Aggressive expansion
The overall number of new discount stores being planned is also worth noting. TJX, the parent company of the TJ Maxx, HomeGoods and Marshalls, plans to open 238 stores in 2018 to complement the roughly 4,000 stores in its portfolio. Dollar Tree recently opened its 15,000th store, and executives say they want to reach a total of 26,000 stores under Dollar Store and Family Dollar names. Dollar General chain plans to open 900 stores this year and relocate an additional 100 locations. Meanwhile, Ross currently has more than 1,600 stores, and the company has its sights set on up to 2,500 stores within 10 years.

Discounters are in a prime position to fill up empty spaces as they are among the highest-performing, most well-respected brands. A recent survey by Deloitte of more than 2,000 consumers showed that both price-based retailers focused on low prices, and premier retailers were outperforming their “balanced” counterparts that focus on price and promotion. Revenues at discounters have increased 37% over the last five years, compared with 2% at the balanced retailers. What’s more, consumers are likely to recommend discounters than the balanced retailers, the study found.

Research shows that consumers who frequent these stores transcend income levels, with studies suggesting that higher-income consumers increasingly are choosing discount destinations for their shopping trips. A survey by First Insight shows that customers making more than $100,000 annually have become more price-aware as mobile technology and other innovations give them an edge in the shopping journey. The survey of 1,000 consumers showed that 42% of these shoppers now shop frequently at discount retailers, compared to 27% who opt for full-price retailers. In addition, 36% of respondents say they do more of their shopping at discount retailers.

It may seem surprising that demand for off-price retailers is so high in a strong economy. The unemployment rate stood at 4% in June, and recent jobless claims have fallen to the lowest levels since in five decades. In the second quarter, GDP increased by 4.1%, nearly twice the growth rate from the previous quarter. In fact, growth in retail spending has surpassed GDP growth.

Retail is a dynamic industry that evolves with the trends and perceptions of its customers. Successful discounters know that success goes deeper than price. Consumers are armed with many options today, so it’s not just important that they perceive that they’re getting a deal but also that they sense they’re receiving value as they shop.

Tom McGee is president and CEO of the International Council of Shopping Centers. 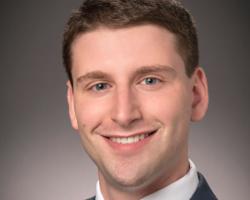 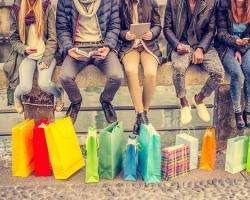 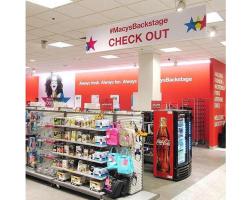 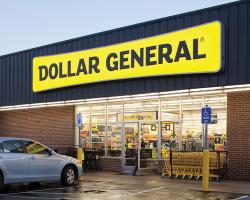