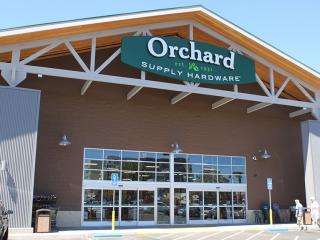 A new store brand is rising out of what was formerly Orchard Supply Hardware.

The seven locations will operate under a new CNRG banner called Outdoor Supply Hardware, which will mark the 16th brand operated by the company. While CNRG will bring its own merchandising assortment to the stores, this new brand will also strive to honor the long-standing appeal of Orchard Supply to local consumers and business shoppers by offering many of the same products and services for which the locations were well known, the company said.

“These stores have meant so much to these communities over the years and we are excited to be able to bring them back to life,” said John Sieggreen, CNRG president. “These are fantastic locations in highly trafficked shopping centers and we look forward to getting them staffed and merchandised in the next few months so we can be open sometime this fall.”

Mark Baker, former CEO of Orchard Supply Hardware, was instrumental in helping CNRG bring this idea to fruition, the retailer said. Though he will help launch the brand, Baker will not take a permanent role with the CNRG management team, the company said.

“When I initially approached CNRG about the concept I was confident we could win back the support of shoppers, team members, and suppliers, and I’m even more certain of that now after having worked on the plan with the CNRG team over the past few months,” Baker said. “These seven stores are a great way for CNRG to enter the California market.”

CNRG expects the stores to begin opening as early as September.
Advertisement