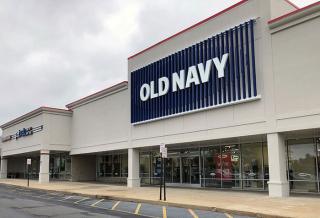 Old Navy, which will soon be spun off by parent Gap Inc. as an independent public company, is feeling bullish on brick-and-mortar.

Gap provided an update on its planned separation into two independent publicly traded companies, along with an overview of strategic priorities for both on a standalone basis, at an investors event on Thursday. (In February, Gap announced plans to create two independent publicly traded companies, with one dedicated entirely to the value-focused Old Navy and the other consisting of the iconic Gap brand, Athleta, Banana Republic, Intermix and Hill City. Janie & Jack, which the retailer acquired in May, is also part of the latter.)

Old Navy has been driving growth at Gap Inc. for the past several years. In 2018, the brand’s sales totaled $7.9 billion. At the investors event, company executives said they planned to open approximately 75 stores a year, focusing on off-mall locations, as part of a strategy to grow Old Navy into a $10 billion-plus brand. (Old Navy had 1,140 stores at the end of Gap’s most recent fiscal year.)

On the product side, Old Navy said it plans to grow market share in the “underserved” plus size (16+) market, expanding its online business with in-store plus shops.
Advertisement