Online beauty start-up Madison Reed has raised more capital as its looks to accelerate its online and offline growth.

The company, which makes and markets its own hair color products, on Tuesday announced it raised $51 million in a Series D funding round led by existing investors Norwest Venture Partners and True Ventures. Comcast Ventures also participated in the round as did new investor Meaningful Partners.

Madison Reed said it will use the funds to expand its selection of hair colors, introduce new products, advertise on television to attract new customers and expand its brick-and-mortar concept, Madison Reed Color Bar. The company plans to expand the format, which currently has six locations in New York City and San Francisco, to 40 nationwide by the end of 2020.

On the wholesale front, Madison Reed announced it now has an exclusive partnership with Ulta Beauty, both online and in stores.

"Our goal is to meet the needs of our customers wherever it is most convenient for them, be that at home, in our Color Bars or at a top beauty retailer such as Ulta,” said Amy Errett, founder and CEO of Madison Reed. “We are truly channel agnostic, which is a first for the hair color industry, as is our creation of a prestige hair color sold directly to consumers."

In other news, the company has added two veteran executives with expertise at rapid expansion and strategic growth initiatives to its management team. Brian Bouma was named as Madison Reed’s first-ever COO. Under his leadership as president of 24-Hour Fitness, the chain opened or acquired more than 300 locations nationwide and grew to 15,000 employees.

Carrie Kalinowski was named CFO. Previously, she was CFO of NatureBox, where she played a critical role in scaling operations and achieving more than 100% annual revenue growth

"Madison Reed's omnichannel strategy makes them one of the most exciting brands in beauty, and we are proud to be their partner," said Jeff Crowe, managing partner at Norwest Venture Partners. "Amy has turned her vision for Madison Reed into a nationwide phenomenon and now leads the hair color sector in innovation and growth."

Launched online in 2014, Madison Reed uses technology in conjunction with a team of licensed colorists to help women find their perfect hair color. It uses an algorithm that takes customers through 12 questions about their hair. The company sells a range of “luxurious prestige” hair colors ($25 each) that are made without ammonia, parabens, resorcinol, PPD, phthalates, and gluten, along with related hair-color products.

In October, Madison Reed an online “try on” tool that allows visitors to its website to virtually try-on more than 40 Madison Reed hair colors by using their device’s live camera or uploading a selfie. A split screen appears to immediately highlight the difference between the current hair color and the new, virtual shade. 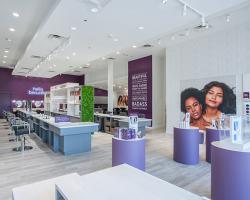 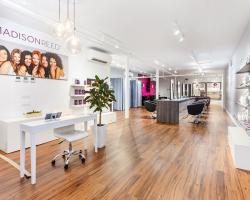 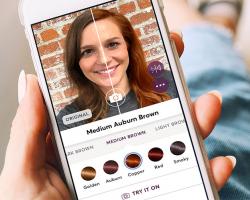 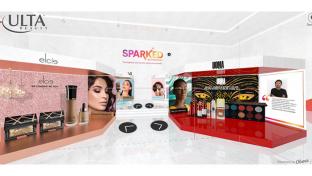