The 95-year-old supermarket company will debut its new grocery store format, called Giant Heirloom Market, on Friday, January, 25, opening a 9,500-sq.-ft. store is located in the Graduate Hospital neighborhood of Philadelphia. It is the first of several locations planned for the city.

The store will combine modern innovations with a community focus. Local vendor partnerships will be center stage, which will feature goods from such popular Philadelphia-area food purveyors as High Street on Market, Isgro Pastries, One Village Coffee, and Sarcone’s Bakery.

In addition, Heirloom Market will feature an onsite “produce chef” to encourage exploration and who will be available to cut fresh vegetables and fruit on demand. Along with everyday essentials and fresh and seasonal items, the merchandise assortment will include a vast array of plant-based foods, local artisanal breads and a curated selection of craft, imported and domestic beers and wines

Shoppers can also create their own olive oil and vinegar blends, infused with the flavors of their choice, at a do-it-yourself station. Also on the menu: a sampling station.

If customers ever need something that is not available in-store, associates will help guide them to in-store iPads to order online, with the goods to be delivered the next day. For added convenience, Giant Heirloom Market will offer both self and mobile checkout.

Giant has had a presence in Philadelphia since 2011, but the Heirloom Market store will be its first in the downtown area. The location is the first of several stores planned for the city. 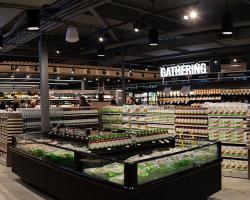 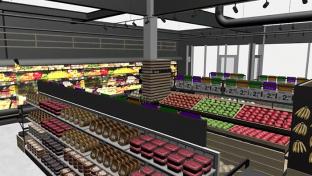 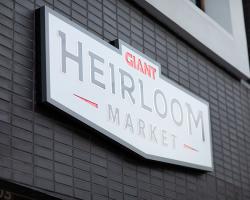