Gap Inc. is putting its muscle behind Old Navy, counting on the value apparel brand to drive its growth.

The retailer will open 60 Old Navy stores across the U.S., Canada and Mexico throughout 2018. (At the end of fiscal 2018, the brand has 1,066 stores across North America.) In addition, Old Navy said it is remodeling approximately 150 locations this year to ensure its existing stores represent the best expression of the brand, with nearly 90% of the stores receiving improved fitting rooms, bathrooms and checkout areas. The other 10% will go through a full remodel, including three locations that were fully rebuilt following Hurricane Harvey and Hurricane Maria. By the end of 2018, Old Navy will have completed an 18-month remodeling effort to update a total of 300 stores.

“Investing in Old Navy’s retail presence is central to our continued growth and delivering a seamless brand experience, wherever and however customers choose to shop,” said Sonia Syngal, president and CEO of Old Navy. “We are fueling all the ways our customers want to engage with us, starting with providing greater access to our brand through new store openings and remodeling hundreds of locations to underscore the fun, fashion and value for the whole family that only Old Navy can offer.”

A cornerstone of Old Navy’s real estate strategy is continuing to expand the brand into non-traditional retail locations like discount, urban and outlet centers. The brand is also testing new store formats.

Old Navy has been a key driver in Gap’s comeback. The brand’s same-store sales rose 9% in the company’s fourth quarter, and were up 6% for the full year.

In September, Gap announced it was shifting its emphasis to its two best-performing brands — Old Navy and Athleta — and realigning its store portfolio to reflect its new emphasis.

At the time, the retailer also said it expected Old Navy to exceed $10 billion and Athleta to exceed $1 billion in net sales in the next few years. 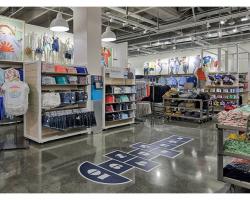 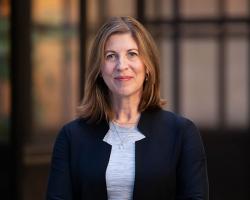