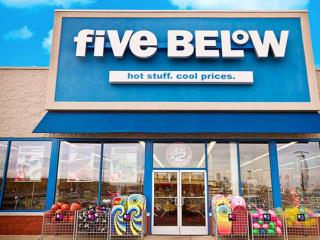 Five Below reported continued aggressive expansion in its second quarter along with earnings that just beat Street expectations as sales fell short.

The tween and teen value-oriented retailer’s net income increased 15.0% to $28.8 million, or $0.51 per share, in the quarter ended August 3, just slightly above Street expectations.

In a statement, CEO and president Joel Anderson said that the company saw broad-based strength across its main departments, despite a slower start to summer, which impacted sales of its seasonal assortment.

“We are pleased with the start to the third quarter, with a back to school assortment that is resonating with customers,” he said. “Our performance once again was driven by continued strong results from new stores.”

Anderson added that Five Below was updating its guidance ranges “to reflect the fluidity of the current tariff situation and timing of our mitigation efforts.”

The retailer opened 44 new stores and ended the quarter with 833 stores in 36 states.
Advertisement