FAO Schwarz in global expansion as part of comeback strategy

FAO Schwarz in global expansion as part of comeback strategy

FAO Schwarz unveiled ambitious plans for its return to retail.

The storied toy retailer has set an opening date of November 16 for its Manhattan flagship, which will be located at 30 Rockefeller Plaza. It will mark the company’s return to the Big Apple after it closed its landmark Fifth Avenue store in 2015, and opens months after FAO’s former owner, Toys “R” Us, filed for bankruptcy and shuttered all its U.S. stores.

The 20,000-sq.-ft. Rockefeller Plaza location will feature FAO's signature retail experiences, including its iconic dance-on-piano, along with magic shows, a kids' grocery shopping experience, and a build-your-own RC race car station, among others. It will also sell the brand’s signature toys, and items from such partners as Build-A-Bear and FAO Schweetz (in partnership with It'Sugar.)

FAO is also expanding into Canada, with plans to open permanent in-store shops across Hudson’s Bay’s 89 stores. The shops will range in size from 300 sq. ft. to 1,000 sq. ft. Merchandise will also be available online.

The retailer is also giving its brand exposure outside of North America, with holiday pop-ups in several major department stores. The retailer is partnering with the U.K.’s Selfridges to open two pop-ups in early November. In Spain, FAO will open a holiday-pop up at El Corte Ingles in Madrid. And in a deal with Australia’s Myer Australia, FAO will open a pop-up in the chain’s two flagship stores, in Sydney and Melbourne.

In addition, FAO will open a 27,000-sq.-ft. flagship in Beijing, China, via Kidsland China, slated for March of 2019. Additional stores and pop-ups will open over the next few years.

"The expansion to these countries further exemplifies FAO Schwarz as a global kids lifestyle brand," said David Conn, CEO of ThreeSixty Brands, owners of FAO Schwarz. "FAO Schwarz was built on in-store experiences, which has made it a global destination over the years. In partnering with these amazing companies around the world, we are able to bring back that wonderment of toys and a deep nostalgia for the larger than life experience that FAO Schwarz has offered to parents and children alike for over 150 years."

FAO, whose roots date back. was acquired by Toys ‘R’ Us in 2009. It once operated about 40 stores nationwide, but eventually was down to only the New York flagship. In 2016, Toys “R” Us sold the brand to ThreeSixty Group, which designs, makes and distributes toys and other consumer products to retailers nationwide. 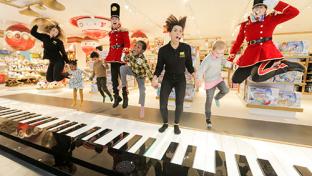 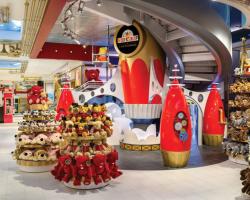