The activewear brand co-founded by celebrity Kate Hudson is celebrating its five-year anniversary by setting a course for aggressive growth.

Fabletics, which currently has 24 stores across the United States, announced it will expand its retail presence by adding more than 75 new doors, giving it a total of 100 locations. The privately held company, owned by TechStyle Fashion Group, will also unveil a new store concept this September, in Bellevue, Washington, which will reportedly include a high-tech payment processing system and a leggings bar among other features.

Fabletics, a winner of Chain Store Age’s Breakout Retailers Awards in 2016, was launched online in 2013. It made the leap to brick-and-mortar in 2015 with a sleek store model that combines online and physical retail, with a membership model feature. The brand boasts 1.4 million VIP members, who enjoy in-store perks among other benefits. The company said it continues to see over 20% increase in same-store sales year-over-year, and has surpassed $300 million in revenue.

In other initiatives, Fabletics plans to debut a “brand evolution” that will result in increased merchandise frequency, with new capsules dropping as often as once a week, as well as enhanced products across all categories. The new collections, available starting in July, utilize advanced performance technologies optimized for different activities, in addition to fashion-forward designs that expand on Fabletics’ signature bright colors and fun patterns.

The company is also focused on aggressive global expansion. In the fall, Fabletics will enter its first international distribution partnership, which will introduce the brand to the Philippines through free-standing stores, shop-in-shop concepts and an online shopping site. The agreement is the first of other international partnerships as well as company-owned expansion plans that will result in launching new territories throughout 2018 and 2019.

In line with its next phase of growth, the company is also adding to its leadership team, including the appointment of industry veteran Karen Pornillos as VP of design and fashion director. She served as VP of women’s design for Lululemon Athletica, before joining Free People to lead design for the brand’s activewear line.

In addition, the company named Nancy Arnold as VP, creative director. She has worked across a mix of emerging disruptors and admired brands such as Chloe + Isabel, Victoria’s Secret and Ann Taylor.

“Driven by innovation, inspired by community and grounded in authenticity, Fabletics embodies what today’s consumers value most in brands,” said Adam Goldenberg, co-CEO and co-founder TechStyle Fashion Group, which also owns ShoeDazzle and JustFab. “Fabletics has succeeded beyond our expectations under Kate’s vision and our new team members, and I’m confident Fabletics will continue on its incredible growth trajectory.” 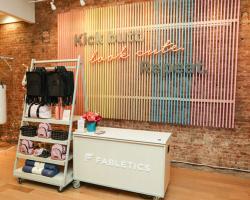 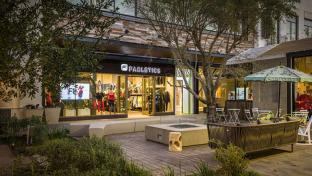 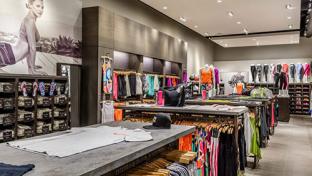 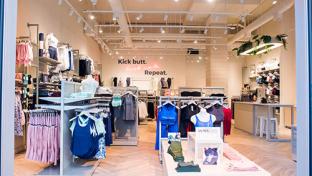