A digitally native retailer owned by Walmart is expanding in brick-and-mortar at the nation’s second-largest shopping mall.

Eloquii, which offers trend-driven fashions for women sizes 14 to 28, will open a store later this fall at King of Prussia shopping center, King of Prussia, Pa. The 2,500-sq.-ft. store will be the brand's sixth physical location.

Special in-store offerings include Eloquii’s signature complimentary personal styling program, which is offered at all its store.  Shoppers can sign up for one-on-one appointments, group styling sessions or stylist parties with the retailer’s trend and fit experts. In addition to shopping the latest trends, customers will be offered early access to new collections, exclusive in-store events, redeemable and earnable app-based rewards programs, and free two-day shipping on all online orders placed via iPads in the store.

The store offers an assortment of Eloquii’s core collection of trend-driven pieces, including dresses, workwear, essentials, outerwear, separates, and swim. This year, the brand has also collaborated with notable partners such as Italian lingerie brand Cosabella, star makeup artist Priscilla Ono and fashion designer Jason Wu. Most recently, Eloquii  launched its first-ever brand campaign, “Model That,” which emphaizes the accomplishments of real women, not their size.

“For far too long our customer has been incredibly underserved and it is our continued commitment to provide trend-driven fashion for her, not just online, but with physical locations nationwide where she feels she has a lack of options,” said Mariah Chase, CEO of ELOQUII. “The opening of our King of Prussia location is another step towards that goal.”

Eloquii was launched in 2011 by The Limited, but was shut down a year-and-half later as part of a company restructuring. With the help of former employees and an investor, the brand relaunched as an independent, vertically-integrated e-commerce business specializing in fast-fashion for sizes 14 and above. The brand was purchased by Walmart in fall 2018.

The King of Prussia location joins Eloquii’s other locations in Manhattan, Fashion Centre at Pentagon City in Washington D.C, The Shops at North Bridge in Chicago, Twelve Oaks Mall in Detroit and The Galleria Shopping Center in Houston. 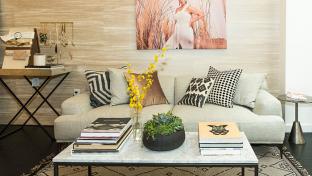 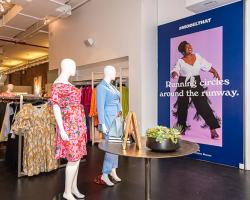 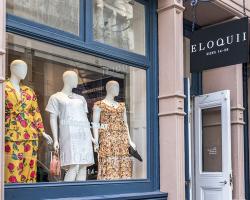 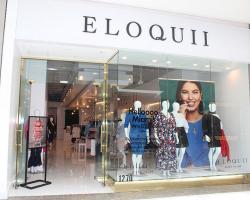