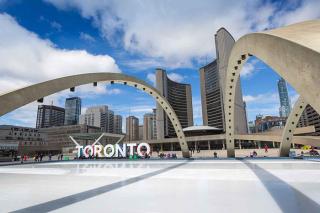 Chick-fil-A Inc. announced Wednesday that it will open its first restaurants outside the United States, in Toronto, with the first location opening in the first half of 2019. The fast-casual giant expects to open at least 15 locations in the greater Toronto area during the next five years.

The expansion comes as Chick-fil-A, which has 2,300 U.S. locations, is enjoying a tremendous growth spurt. Its sales have grown from $6.8 billion in 2015 to more than $9 billion in 2017, marking 50 consecutive years of sales growth, according to the company. Most recently, the company announced it plans to test its own line of meal kits.

“Toronto is a great city – with diverse and caring people, a vibrant restaurant culture and a deep talent pool,” said Tim Tassopoulos, president and chief operating officer, Chick-fil-A. “These characteristics align perfectly with Chick-fil-A’s focus on community giving, delivering a premium restaurant experience and working with passionate people who can grow with our company.”

Chick-fil-A is currently recruiting franchisees for Toronto. Its restaurant owner/operator model is different than is standard in the quick service restaurant industry. Operators are full-time, hands-on business leaders who typically own only one restaurant.
Advertisement