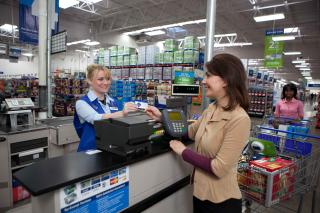 Annual membership fees at Sam’s Club are about to cost consumers a little bit more.

The Walmart-owned warehouse club retailer will raise its annual fees this fall.  Beginning on Oct. 15, the fee will increase from $45 to $50 for club members and from $100 to $11o for members of its higher level “Plus” program, which offers extra perks such as free shipping.

It is the first time in nine years that Sam’s Club has raised its annual entry-level membership fee and is the first hike in the “Plus” fee since the program was  introduced in 1999.  Costco Wholesale Corp., whose basic membership fee rings in at $60 and its higher-level Gold fee at $120,  last  increated its fee in 2017.

In a letter to Sam's Club members, president and CEO Kath McLay, acknowledged the inflation pressures that shoppers face, saying: "We are mindful of the financial pressure on wallets right now."

As a result, the retailer will basically take care of the extra fee for renewal memberships this year. It will give $5 in Sam’s Cash to regular club members and $10 in the same to Plus" customers, as a one-time offer, in digital cash shortly after membership renewals this year.

Sam’s Club, which operates nearly 600 stores across the U.S. and in Puerto Rico, has been on a roll as consumers search out bulk items for deals.  In Walmart’s most recent second quarter,  Sam’s same-store sales rose 9.5%  compared to 6.5% growth at Walmart U.S.

In a CNBC report, Sam’s Club chief member and marketing officer Ciara Anfield said that Sam’s decided to make the move because of investments it has made in recent years, ranging from bringing in new upgraded brands to adding new and convenient ways for consumers to shop. The company has also given its private label Member’s Mark a makeover.

“There’s an expectation that after you invest in this home, it will be worth more,” Anfield said. “We’ve made investments and we believe our proposition, our membership is now worth more.”