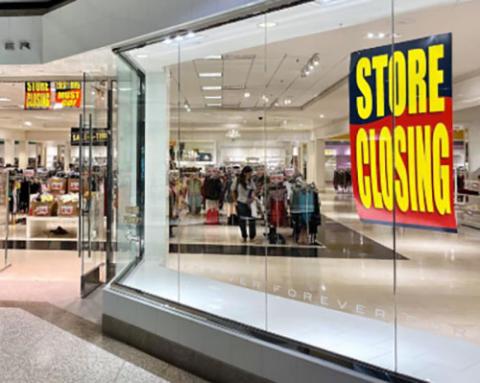 A new report from Coresight Research predicts that 20,000 to 25,000 stores will close in the United States this year. An earlier, pre-pandemic estimate from the company projected only about 15,000 closures.

Two months of store shutdowns, the migration of dollars from physical to digital retail, and a passel of retailers with weak balance sheets will be the leading causes of the closures, said Coresight

In addition, shoppers are unlikely to mob re-opening sales events. A consumer survey conducted by Coresight on May 27 found that half of those polled figured they wouldn’t return to their normal spending standards for at least five to six months.

Fifty-five to 60% of the store closures will occur in malls, according to Coresight. The loss of so many anchor tenants like Macy’s and J.C. Penney will quicken the pace of in-line tenants following suit—or at least requesting lower rents based on co-tenancy clauses in their leases.

Coresight recorded a total of 4,005 planned U.S. store closures as of June 5, with Pier 1, GNC, Tuesday Morning, Victoria’s Secret, Papyrus, and Penney’s accounting for half that total. Should the researcher’s forecast of store closures for 2020 be on the mark, the number would double what Coresight said was a record 9,821 closures in 2019.