VR experience to blast off at Empire Outlets

VR experience to blast off at Empire Outlets

A motion-based, 4D virtual reality adventure honoring the 50th anniversary of the Apollo 11 mission launch is making its New York debut at Empire Outlets, the city’s first and only outlet located in Staten Island.

Created by immersive entertainment company, Pulseworks, “Virtual Rush: New York,” will open in late July. During this Apollo 11 simulation, visitors will be seated onboard one of the Pulseworks’ VR transporter motion platforms wearing a VR head-mounted display, which allows users to look in any direction and to interact and perceive their adventure in their own unique way.

“Virtual Reality is leading the innovation in immersive entertainment and we offer Staten Island visitors, New York residents and tourists alike a whole new way to experience the world in ways they only dreamed,” said Raj Deshpande, president and CEO of Pulseworks. “Virtual Rush: New York is a thrilling blend of artistic content and cutting-edge technology that creates a truly memorable “wow” for visitors to Empire Outlets.” 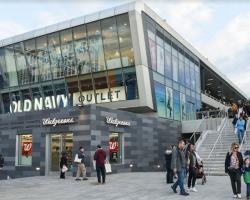 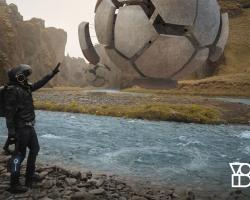