In a search for innovators in experiential retail, Chain Store Age asked readers to nominate retail centers worthy of being named among the Top 10 Retail Center Experiences in the nation. The editors’ picks conclude with No. 10 Plymouth Meeting Mall:

Joe Coradino could well go by the moniker “The Great Reclaimer” in retail real estate circles.

For several years, PREIT’s CEO has divested underperforming properties and re-curated the keepers to make them suitable for the new generation of retail.

To Coradino, a closing Macy’s just smells like opportunity. That happened last year at Plymouth Meeting Mall, which needed a major makeover to keep from getting overwhelmed by Simon’s King of Prussia Mall a few miles down the Pennsylvania Turnpike.

“We filled that Macy’s with dining and fitness, and we really differentiated ourselves with restaurants,” he said, naming Redstone, P.F. Chang’s, Dave and Busters, and Benihana as popular destinations.

One of the first things PREIT did upon acquiring the mall was to seek out a Whole Foods. Legoland Discovery Center and 5 Wits were big gets on the entertainment side in recent years.

“From the beginning, the only thing we thought about was how to change it from being a traditional mall,” said Coradino.


This is the final post in a series profiling the 10 selections from CSA's 2018 Top 10 Retail Center Experiences. Catch up on what you missed:

No. 6 Streets of St. Charles 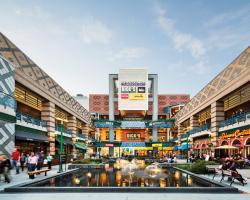 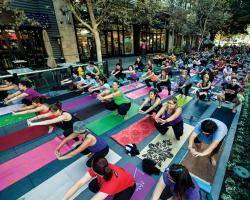 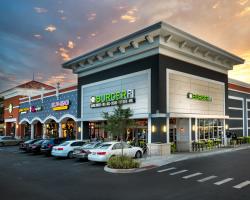