In a search for innovators in experiential retail, Chain Store Age asked readers to nominate retail centers worthy of being named among the Top 10 Retail Center Experiences in the nation. Some you’ve heard of, some are fairly new, but all the members of this list have one thing in common: They know how to provide superior shopping, dining, viewing, or congregating experiences to customers and, as a result, attract scads of them. The editors’ picks start with No. 1:

Nervousness. That’s the one word that best explains the continued success of this Columbus institution 20 years after its opening, said Yaromir Steiner, whose Steiner + Associates manages the property.

“We are in the middle of America, not in a sexy place, and we need to listen to our customers in a very humble and modest way to be relevant,” Steiner told Chain Store Age upon being notified that Easton was chosen the No. 1 Retail Experience for 2019.

“But, right now, we are nervous. Yes, we are doing well, but we are always looking forward to see what we need to change, how we need to adjust. Our nervousness makes us deserve the award,” he said.

The 3 million-sq.-ft., as-detailed-as-Disney retail phenomenon owes its genesis to retail giant Les Wexner, who laid down a new beat and melody for attracting consumers to retail. He envisioned places instead of stores, experiences instead of convenience. He owned a large tract of land near the Columbus airport that was sitting empty, so he enlisted The Georgetown Company and Steiner to realize his vision.

“The combination of activity and critical mass and the creation of neighborhoods makes Easton a very special place,” said Georgetown CEO Adam Flatto. “The town center is just one aspect. There are 35,000 office employees, hotels, apartments. Having that density is what makes Easton a dominant destination.”

Helping it maintain its grip on that dominance is a $500 million, 16-acre expansion on the northeastern tip of the property. The Urban District will incorporate multifamily residential within the town center in a reconstructed industrial setting ringed by brewpubs, restaurants, and entertainment venues. A 40,000-sq.-ft. Restoration Hardware RH Gallery store will serve as the retail anchor.

Wexner continues to keep his eye on Easton and was pleased to see it make No. 1 on CSA’s list.

“At Easton, we’re in a constant state of rethinking. Is what we’ve done working? What do we do next?,” he said. “One thing, though, has remained a constant priority — an energizing customer experience. It’s gratifying to be recognized for getting that right.”


This is the first in a series profiling the 10 selections from CSA's 2019 Top 10 Retail Center Experiences. Stay tuned for daily profiles of the next nine centers. 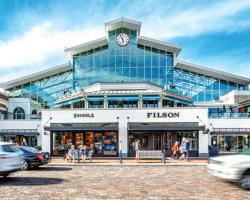 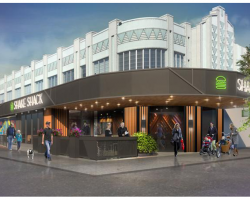