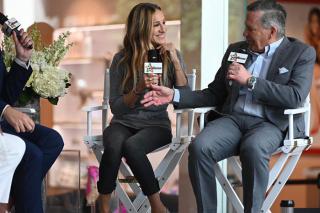 It is, after all, one of America’s largest entertainment venues, so Sarah Jessica Parker herself opened her new store at Mall of America.

SJP By Sarah Jessica Parker had its grand opening at the in Bloomington, Minnesota, mega-mall on June 16. The actress kicked things off with a Q&A and special shopping event with lucky visitors.

Owned by Parker, best known for her role as Carrie in “Sex and the City,” and George Malkemus, the boutique offers a line of footwear, accessories, and the signature dress designed by the actress. The collection showcases the brand’s theme of colors acting as neutrals and encourages women to take risks and break away from fashion rules.
Advertisement