Many members of CSA’s 2018 class of rising stars of retail real estate grew up in the business. Their parents, uncles, aunts, and grandparents were leasing agents or developers.

Others discovered the field by accident and learned the ropes from the ground up. No matter. They all have one thing in common: They climbed the corporate ladder quickly and earned key positions before the age of 40.

One of our honorees doggedly pursued the same company for seven years before cutting a deal, and another orchestrated a complex redevelopment her peers had labeled impossible. Stories like these are common among this class of youthful achievers, as is the fact that they all deal with massive projects, wide-ranging portfolios, and have earned the respect of clients and peers.

Now it’s your turn to learn their names. What follows are the selections for CSA's 2018 10 Under 40:

Waldron’s parents played a pivotal role in shaping his career. His father was a retail executive and his parents were residential investors. After majoring in international business and marketing, he began working for a mortgage banking company involved in multifamily housing. “I was always interested in real estate, but then I really got into it,” he said.

When he heard Germany-based Lidl had plans to open in the United States, he wanted to get in on the ground floor. He got a job with the discount grocer and spent more than three years rising through the ranks and eventually leading a team of 100 people.

He also got a bird’s-eye view of the deep discount, largely private label grocery business that is far more prevalent in Europe. Waldron, who joined Save-A-Lot in August 2017, said he believes the limited-assortment, small-footprint concept used by these retailers has serious growth potential in the United States. Price and convenience are the driving factors.

“Smaller formats are driving retail success. It’s the perfect storm for retail and private label,” Waldron said. “The physical experience has to be convenient, which is why Lidl, Aldi, and Dollar General are doing well. These type of stores are big in Europe but are just getting started in the U.S. You can get everything you need, but it’s not overkill and you can get in and out quickly.  When it comes to supercenters, people are busy. They don’t want to spend hours going through the store.”

Traditional grocers, Waldron added, are at a crossroads, with companies like Walmart and Amazon eating into their market share. But he said he believes convenience is the trump card for them as well.

“Grocers are trying to figure out the next thing before it’s here, whether it’s click and collect, in-store pickup, self scanning or Target acquiring companies like Shipt,” Waldron said.

The son of Columbus, Ohio, developer Yaromir Steiner, Manny Steiner had a front-row seat in the high-stakes theater of large-scale retail projects. In high school, he became curious about the business his father was so passionate about. “This was my most significant driving force,” he said.

After college, Steiner worked for a hotel developer on the property development side and loved it, particularly the fact that projects are created around people and how they spend their time. After working at Trademark Property and Steiner + Associates, Steiner landed at  New England Development, where he is VP of leasing.

During his career, he has served as leasing lead for the $30 million renovation of CambridgeSide, the Mohegan Sun Boston casino bid, the luxury remerchandising of Market Street – The Woodlands, and even converting a Triple-A baseball park in Columbus to a motorcyclists’ destination.

“My work has exposed me to every key market and given me insights into the future of experiential retail long before it became the requirement for shopping centers it is today,” Steiner said.

Steiner believes retail’s future lies in “detail and intricacy.” This includes knowing who customers are — not what it is assumed they are.

“I’m always talking to store managers asking, ‘What subgroups do you see?’  Not just ‘How were holiday sales?’ but, ‘What’s feeding your business?’” he said. “MIT, for example, is near one of my malls. It’s assumed there’s a large population of male nerds who don’t shop. That’s not true.”

Steiner has close ties to the Ohio real estate community. Ten years ago, he became founder and chairman of the Columbus ULI District Council.

“It involves both the professional real estate community and citizens,” he said. “There’s a social action component, involving every land use discipline — architects, lawyers. Before, there were no good organizations like this in central Ohio.”

Manny Steiner’s most notable mark on the real estate industry came just recently. In an industry full of family-run companies where power passes from father to son, his dad Yaromir recently succeeded him as ULI’s chairman.

Divaris Real Estate CEO Gerald Divaris describes Sezin Cortinas as “fearless.” Indeed, Cortinas seems to tackle any challenge. She was born in Turkey and raised in Moscow, but she attended Old Dominion University in Norfolk, Va., and, in 2000, interned with a real estate developer.

“I really loved it,” she said, and eventually ended up at Virginia Beach-based Divaris, where she overcame language and cultural barriers to become the company’s youngest VP. Her rise was sped by her yearning for a favorite store.

“I wondered why there was no Ikea nearby,” Cortinas said. “I began pursuing them and nine years later, did a deal. It was its second Virginia location. It involved tenacity and was extremely rewarding.” The 331,000-sq.-ft. store will be Hampton Roads’ largest retailer when it opens in 2019.

Cortinas’ “creative marketing approach” helps attract tenants that do not initially see Hampton Roads as an ideal site, said company chief Gerald Divaris. “Her provocative and untraditional approaches are reflected in her presentations. She looks for advantages, not disadvantages,” he said. 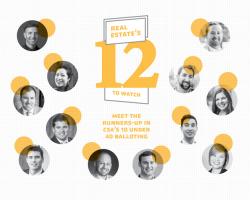 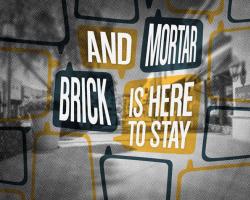 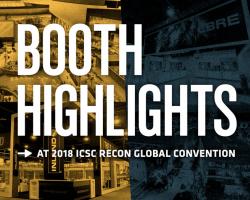 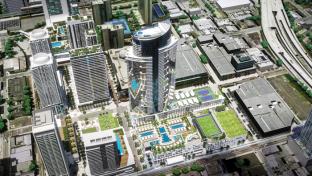