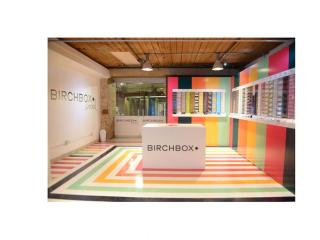 The company, approaching its five-year anniversary in September, said expanding its offline footprint is a strategic priority for the next phase of the business. With one physical store (opened in 2014, in Manhattan), Birchbox plans to open two additional permanent stores in 2016, including the first dedicated Birchbox Man location. It also has entered into a retail partnership with Gap to test summer beauty shops in select Gap stores, and is opening pop-ups in three U.S. cities, transforming two shipping containers (one for women, one for men) into full-service beauty and grooming shops that it will take on the road in August.

"We're obsessed with our subscribers and they're constantly asking for Birchbox to come to their cities, so we're listening and letting them guide the next phase of our offline retail strategy," said Katia Beauchamp, cofounder and CEO of Birchbox. "Our offline customers have a higher lifetime value with us online, so for us, this isn't just another cute pop-up –it's a serious step towards further retail expansion and a way for us to test the waters in new markets."

Customers can visit www.birchbox.com/roadtrip and vote for their city from today through July 17. They must be logged into their Birchbox account to vote and are limited to one vote per day. Those who share their votes on social media will receive 50 extra Birchbox points (equivalent to $5) to use when they spend $35 in the shop.