Four years ago, Westfield Labs was established in San Francisco with the goal of creating a seamless experience for shoppers across physical and digital retail. The effort has helped re-shape Westfield properties like the newly refurbished Century City mall in Los Angeles but, along the way, Westfield Labs learned that the challenge demanded pan-industry input.

Westfield Labs has now re-emerged as OneMarket, a separate operating company dedicated to working with other developers and retailers in a “collective commitment to join forces and share technology like augmented reality, machine learning, and natural language processing.”

OneMarket’s premise is that no one company has enough information about customers to merge physical and digital in an efficient manner, and it has spent the last six months enlisting industry players in its cause.

“There is just so much cost that goes into developing new technologies that it benefits retailers and consumers for us to pull together,” said Lindsey Thomas, OneMarket’s VP of Marketing Communication.

Last year Westfield board member Don Kingsborough, a former VP of retail at PayPal, was named to head Westfield Labs. His mission for the unit quickly shifted to broadening its scope to embrace the whole of the retail industry.

“We’re definitely having to preach to [retail executives] to rethink their businesses,” Thomas said. “They have to consider whether they want to come together and rebuild this.”

OneMarket’s challenge is to sign companies to contractual agreements that will have their IT and data teams sitting down together to build the network. Making the challenge even more difficult is the time factor,” according to Thomas.

“Urgency is key. If it takes us two years, it will fail,” she said. 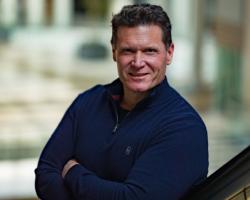 REAL ESTATE
Can OneMarket ‘Amazonify’ the rest of retail? 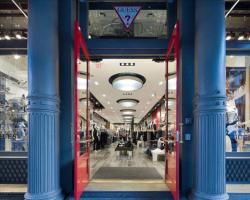