My battle with Darth Vader at WTC Mall

My battle with Darth Vader at WTC Mall

When I first encountered Darth Vader in a cinema at a Connecticut shopping center in 1977, little did I know that, 40-odd years later, I’d be battling him blaster-to-lightsaber inside the premier mall in New York City.

I survived, but then, so did Vader. Damn, he’s good at deflecting shots with that lightsaber of his.

Our encounter took place inside The Void, an “immersive virtual reality experience” opening in Westfield WTC mall, and “immersive” does not overstate the experience’s authenticity. Wrapped in your headgear and vest, you move about a spaceship deck in white Stormtrooper armor, hover over a molten pool on a fiery planet, and trade fire with troopers from the Galactic Empire. You feel the blows when you’ve been hit. It’s like you’re in the movie.

Unibail Rodamco Westfield is so taken by the Void concept that it has contracted to have them in 25 of its centers in the United States and Europe. The one I visited at the World Trade Center is a pop-up residing in the Oculus main hall. Three more pop-ups will open at Westfield malls in San Francisco, San Diego, and Los Angeles this summer. All will move into permanent space in the near future.

Full rollout of the Void locations is to be completed by 2022 and will include centers in Paris, London, and Stockholm.

What The Void will bring is new traffic to URW malls, said Hickman, who noted that seven out of 10 visitors to a pop-up erected earlier this year at Westfield London were newcomers to the property.

Besides “Star Wars: Secrets of the Empire,” The Void offers three other experiences: “Ralph Breaks VR,” “Ghostbusters: Dimension,” and “Nicodemus: Demon of Evanishment.” The half-hour experiences cost between $29 and $39, depending upon the location. 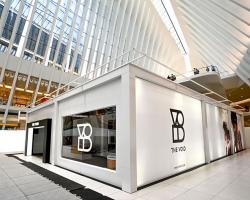 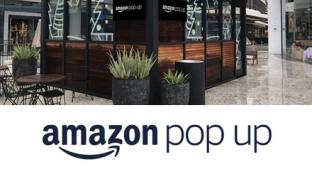