The Museum of Ice Cream is making a return visit to the Big Apple, but this time it will not be a limited engagement.

The Instagram-friendly “museum” dedicated to ice cream, complete with a café and shop, will open a flagship in late fall, in Manhattan’s SoHo neighborhood. Located at 558 Broadway, the three-level Museum of Ice Cream will span nearly 25,000 sq. ft. The space will feature 13 installations, each one ripe for a photo-op, from the largest version yet of MOIC’s very popular “sprinkle pool” to a "hall of giant scoops" to a three-story slide. The sound of a buzz will lead visitors to a giant "Queen Bee hive." All the installations are designed in-house.

MOIC made its debut in 2016, with a pop-up in Manhattan. It was followed by pop-ups in Los Angeles and Miami, and a permanent site in San Francisco. The flagship, similar to other MOIC locations, will require tickets ($38 per person) to enter. A cafe and shop will be accessible to the general public. The ticket price includes ice cream tastings and other signature exclusive treats.

The upcoming site is the first of several flagship locations that MOIC plans to launch in the U.S. and abroad during the next 18 months. In addition to its brick-and-mortar operations, the brand has launched an ice cream line sold at Target and created partnerships with Platinum Card by American Express, a makeup collection with Sephora and a kids clothing line at Target. 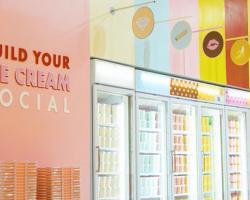 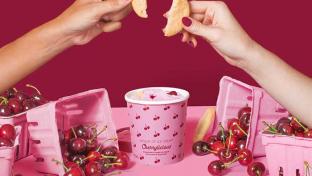 News
We all scream for ice cream—including Target 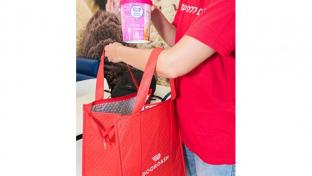 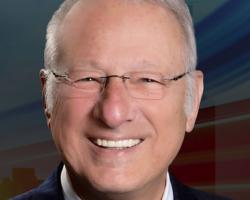