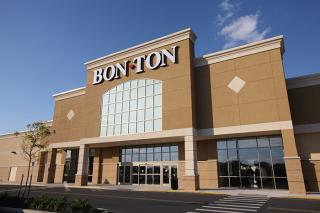 The Bon-Ton Stores is in the final stage of winding down operations.

A&G Realty Partners has been retained to dispose all of the real estate assets of The Bon-Ton Stores on behalf of a joint venture between Great American Group (a subsidiary of B. Riley Financial), Tiger Capital Group, LLC and Bon-Ton’s Second Lien Noteholders. The group acquired the bankrupt retailer’s assets on April 18 after submitting the winning bid to a U.S. bankruptcy court. (The joint venture between Great American and Tiger Group is currently liquidating all Bon-Ton inventory as well as most other assets, including furniture, fixtures and equipment, with the process expected to wind down at the end of June.)

Bon-Ton’s retail real estate assets include stores and leases in 23 states stretching across the Northeast, Midwest and upper Great Plains, from Idaho to New Hampshire. They include 22 fee-owned properties, seven ground leases and 194 leased locations with a significant amount of remaining term.

All told, the retail real estate assets include 157 department stores at regional malls, 39 locations in open-air shopping centers, 16 freestanding stores, as well as nine furniture galleries and two clearance stores. Most of the company’s department stores range from 80,000 sq. ft. to 125,000 sq. ft., with some as large as 200,000 sq. ft.

“These stores are located in well-performing regional markets,” said Andy Graiser, co-president, A&G. “The availability of these locations creates a wide range of possibilities for expanding retail chains, as well as developers across the entire real estate spectrum. Opportunities range from traffic-driving stores, food halls and entertainment venues, to healthcare, residential, education and other non-retail uses.”

In addition to the stores, A&G is marketing five office facilities and four distribution centers, including a state-of-the-art e-commerce fulfillment center in West Jefferson, Ohio.

Located in metro Columbus, the 1.1 million-sq.-ft. West Jefferson e-commerce fulfillment center is comprised of a 750,000-sq.-ft. footprint, as well as two 195,000-sq.-ft. picking mezzanines. It processes inbound carton freight either manually or through Glaplat Adjustoveyor units. At its peak in December 2017, the facility processed 43,000 packages and 91,000 units per day.

Bon-Ton Stores filed for Chapter 11 bankruptcy protection on Feb. 4. In addition to its eponymous nameplate, Bon-Ton operated a variety of other banners, including Boston Store, Bergner’s, Carson’s, Elder-Beerman, Herberger’s, and Younkers.

For a listing of all available properties, visit agrealtypartners.com/bon-ton.
Advertisement