GNC to close about 900 stores

GNC to close about 900 stores

GNC is drastically cutting back on its mall footprint.

The vitamin and supplements retailer plans to shutter approximately 900 stores, with most of the closings expected to be in malls, company executives told analysts on Monday during the company’s second-quarter earnings call. The news was not totally unexpected: In 2018, GNC told investors that the company planned to close 700 to 900 locations during the following three years. However, on Monday, GNC was a bit more specific with regards to the closings.

“As a result of the current mall traffic trends, it's likely that we will end up closer to the top end of our original optimization estimate of 700 to 900 store closures," GNC CEO Ken Martindale said on the Monday call.

Currently, mall locations make up 28% of GNC's store base; strip centers account for 61% of its footprint. (As of June 30, GNC had approximately 8,000 locations, of which approximately 5,900 are in the United States, including some 2,000 licensed in-store shops at Rite Aid locations.)

"[T]he negative trends in traffic that we've seen in mall stores over the past several years has accelerated during the past few quarters, putting additional pressure on comps," Martindale told analysts. "As part of our work to optimize our store footprint, we're increasing our focus on mall locations. And as you know, we have a great deal of flexibility to take further action here due to the short lease terms we have across our store portfolio."

On the call, CFO Tricia Tolivar said it “could be likely” that GNC will reduce its mall count by nearly half.

Earlier on Monday, GNC reported that second-quarter revenues in the U.S. and Canada fell 8% to $476.1 million for the three months ended June 30, mostly due to a 4.6% same-store sales decline, which resulted in a revenue decrease of $17.5 million, and the closure of company-owned stores, which contributed a $14.9 million decrease in revenue. 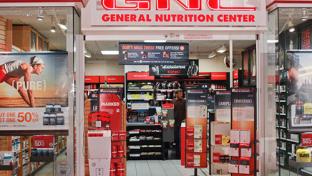 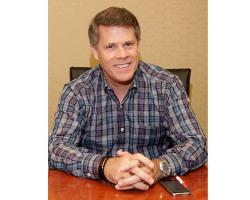