One of the nation’s most premier malls is getting a new type of tenant.

Industrious, which provides flexible co-working workspaces, will open its first New Jersey location, inside The Mall at Short Hills, in Short Hills, N.J., by the end of this year. The company will open a 30,000-sq.-ft. outpost in the Taubman-owned, upscale shopping center, taking up part of a space that formerly occupied by Saks Fifth Avenue. It will offer co-working and private office spaces for individuals or teams of up to eight.

Launched in 2013, Industrious currently has more than 65 locations across some 45 U.S. cities. In August 2018, it announced it was teaming up with Macerich to operate coworking locations at select Macerich properties, starting at Scottsdale Fashion Square, Scottsdale, Ariz. Industrious’ agreement with Macerich is the first time a major mall owner has partnered with a coworking company for a multi-property rollout. Macerich said it was attracted to Industrious because of its shared commitment to high-end experiences and the company’s proven track record of strong financial performance across its nationwide network of locations.

Retailers are also hopping on board the coworking trend. Staples is debuting a coworking concept, called Staples Studio, at select locations. And rival Office Depot is expanding its coworking pilot. 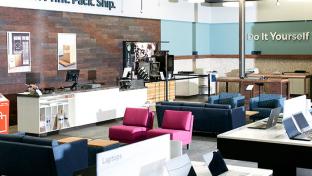 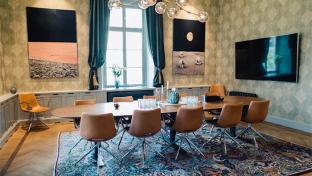 News
JLL: Co-working spaces in malls on the rise