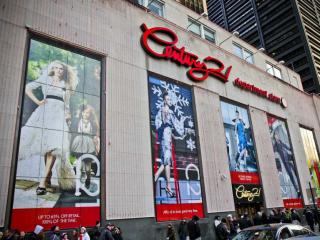 New York -- Legendary Manhattan off-price retailer Century 21 will open its first store outside its Northeast home base, at Sawgrass Mills, Sunrise, Florida. The 85,000-sq.-ft. store is set to open in the fall of 2016.

“Century 21’s choice of Sawgrass Mills for its expansion into the Southeast brings one of the world's most esteemed retail concepts to Sawgrass Mills’ unmatched lineup of the best global brands at great prices," said Gregg Goodman, president of the Mills. “With South Florida seeing growth in new full-time and seasonal residents from both domestic and international destinations, in addition to its continued popularity with travelers, there is a built-in synergy between our brands and customers that promises great rewards for all.”

The new location at Sawgrass Mills will feature men's, women's and children's apparel, footwear, outerwear, lingerie and accessories, as well as home goods.

"For more than 50 years, we've been a destination within the New York market for high-end fashion consumers seeking incredible values,” said Raymond Gindi, CEO of Century 21 Department Store. “As Sawgrass Mills has become one of the world’s most recognized and successful shopping destinations for people from around the corner and around the globe, the choice of where to locate was obvious when we made a decision to bring Century 21 to the Southeast to local, seasonal and international audiences.”

According to Goodman, The Mills has purchased eight acres, which previously housed the VF Factory store and parking area, to serve as the site for the new Century 21.

Century 21, established in 1961, is headquartered in downtown Manhattan, with four other locations in New York including Lincoln Square, Brooklyn, Queens, Long Island and three additional locations in New Jersey including Paramus, Morristown and Elizabeth, as well as online at C21Stores.com. In 2014, Century 21 Department Store opened its first store outside of the New York Metro, in Philadelphia.