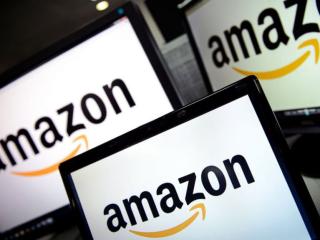 Amazon’s newest tech hub comes to a state where it has a well-established presence.

The office, located in Houston’s CityCentre5 development, will also include a large training facility and an innovation lab for customer collaboration and demonstrating new technologies. The e-tail giant is currently hiring for positions at the hub.

Amazon’s 18 North American tech hubs have more than 20,000 employees in cities such as Austin, Boston, Pittsburgh, Minneapolis, Detroit, Vancouver, and Toronto. The offices, which complement Amazon’s corporate headquarters in Seattle and Arlington, Va., and operations center of excellence in Nashville, employ teams assigned to emerging technologies such as voice computing, logistics, and robotics.

Amazon says it selected Houston as the site of its newest tech hub for reasons including that the city is the site of several leading universities, has a lot of tech talent, and has a “dynamic” quality of life and lower cost of living.

“We’re looking forward to becoming a bigger part of the Houston community,” said Kris Satterthwaite, Gulf Coast enterprise sales leader, AWS. “Houston is a fantastic place to live and work, and has a strong local economy that we look forward to investing in and growing together.”

Since 2010, Amazon says it has invested more than $10 billion in Texas, including building customer fulfillment facilities, cloud infrastructure, and a 253-mw wind farm. According to Amazon, these direct investments have contributed an additional $9 billion to the Texas economy and generated an additional 32,000 indirect jobs on top of the company’s direct hires.

Over the past seven years, Amazon says it has invested more than $160 billion in the U.S., including corporate offices, development and research centers, fulfillment infrastructure, and compensation to its employees.
Advertisement