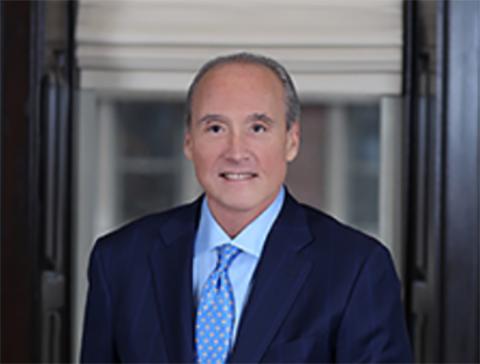 PREIT CEO Joseph Coradino, who several years ago began buying back department store space in the company’s malls and filling them with more viable retail concepts, now thinks we may not have seen the last of J.C. Penney.

“We were encouraged to see they worked through their Sephora issues and believe there is a place for a scaled-down Penney’s, so we look forward to working with them,” Coradino said during PREIT’s first-quarter earnings call on Thursday.

PREIT at one time had 37 Penney’s stores operating throughout its portfolio. It now has 14 that contribute $5.1 million in annual rent.

Though only four of PREIT’s 21 malls have re-opened, Coradino looked forward to a positive acceptance by the public as more come on line.

“Generally speaking, our properties cater to mass markets. Price points are reasonable and we have the right tenant mix. We believe people will continue to favor comfort, health or wellness, and value,” he said, noting that PREIT’s Jacksonville Mall in Jacksonville, N.C. will have an 82% occupancy rate when it opens on June 1 and its Magnolia Mall in Florence, S.C., will be at 71%.

Though PREIT posted a loss of $13.5 million in Q1, Coradino said that pandemic measures such as furloughing employees, cutting capital expenditures and operating expenses, and securing forbearance on taxes and mortgage payments will leave the company with $50 million in liquidity at year-end.

“We are often the largest taxpayers in our municipalities, paying more than $65 million in annual real estate taxes. And in our case, we’re generally the market-dominant retail hub, a position we expect to strengthen as we move out of this,” Coradino said.