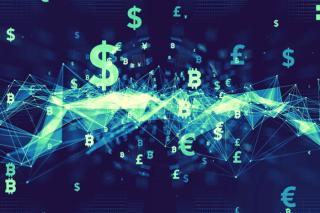 Newegg was a pioneer in accepting bitcoin, and is now greatly expanding its cryptocurrency frontier.

The tech-focused e-retailer, which has allowed bitcoin payment in the U.S. and Canada since 2014, will begin accepting Bitcoin in 73 additional Newegg country-specific stores. With these recent additions, Newegg customers can pay with bitcoin in nearly all of the countries the company serves worldwide.

“Five years ago, we were one of the first major online shopping destinations to accept bitcoin, and our early-adopter customers were quick to embrace this new payment option,” said Anthony Chow, Newegg president global sales. “Broadening the ability to pay with bitcoin to the majority of our global network underscores our commitment to bring innovation to the online shopping experience, and answers customers’ growing preference for our bitcoin payment option.”

In 2014, Newegg partnered with BitPay to facilitate Bitcoin transactions for Newegg’s customers in the U.S. and later in Canada. Since this initial implementation, the e-tailer says not a single chargeback has been required for any bitcoin transaction on Newegg.com. Additionally, Newegg says BitPay enables it to increase margin on each bitcoin transaction by avoiding credit card fees typically assessed on credit card purchases.

In addition, Facebook plans to launch Calibra, a newly-formed subsidiary that will let consumers have access to and participate in the bitcoin-based Libra cryptocurrency network. The first product Calibra will introduce is a digital wallet for Libra, which Facebook expects to be available in Messenger, WhatsApp and as a standalone app in 2020.
Advertisement