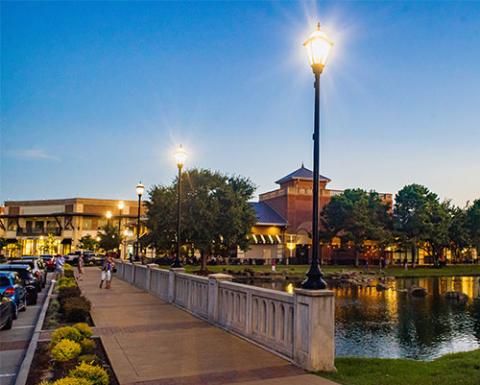 The Omicron variant has stalled the nation’s return to health, yet retailers are returning to bricks-and-mortar in very healthy numbers. Poag Shopping Centers reported 30 new lease signings in 2021.

“When the vaccine became available, sales were phenomenal and local businesses took the opportunity to lease good real estate in their areas,” said the company’s president and CEO Josh Poag. “National chains were slow to respond at first, but we’re now seeing a wave of national tenants moving into our centers. We think new lease signings in 2022 will be well in excess of the number we did in 2019.”

Poag operates 14 lifestyle centers, a concept and a term created by Poag’s father, Dan Poag, and his partner Terry McEwen. Sixteen of the leases signed last year were for space at The Shops at Highland Village and La Centerra at Cinco Ranch in Texas.