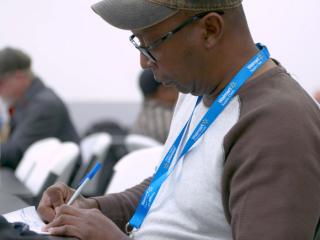 Walmart is hiring “hundreds” of truck drivers — and paying them well — as the chain seeks to get out in front of the national shortage.

The discounter, which runs the third largest private-trucking fleet in the country, added more than 1,400 new Walmart truck drivers in 2018. Hundreds more are slated to join the fleet in 2019, the company said.

Also, Walmart is raising driver pay beginning in February. A one cent per mile increase and additional pay for every arrival means that Walmart drivers will now earn on average $87,500 a year and with an all-in rate close to 89 cents per mile.

The initiative comes as retailers and others are being challenged by a national truck driver shortage. The American Trucking Association estimates that America will be short 175,000 truckers by 2026.

In addition, Walmart has stepped up its recruiting process and improved and streamlined its onboarding process, adding one-on-one mentoring from veteran drivers. (Candidates must meet the chain’s minimum standards for its private fleet drivers, which includes 30 months of experience in the past three years and a clean safety record.)

“We’re leaning heavily on the expertise of our Walmart road team and our certified driver trainers to grow our skilled fleet of professional drivers,” said Lori Furnell, Walmart’s director of driver talent acquisition.

The company said that its revamped orientation initiatives have already cut in half the time between a candidate’s initial interview and a mandatory driving assessment, expediting the time it takes to complete a new hire.

“These hiring events are both improving the skill level of our candidates and enriching their onboarding experience,” said Furnell.

Walmart’s supply chain division introduced the events in August to step up its hiring efforts. The retailer’s same-store sales hit 3% in 2018, which is leading to increased demands on the transportation network.

Furnell said Walmart is transforming its hiring process to give applicants the opportunity to learn the “Walmart way.”

In the past, candidates were given one opportunity to perform an assessment, during which they were evaluated for driving skills and what is known as a “pre-trip inspection,” or safety scans of a truck prior to each departure. But targeted one-on-one mentoring from veteran drivers has been introduced in the new process.